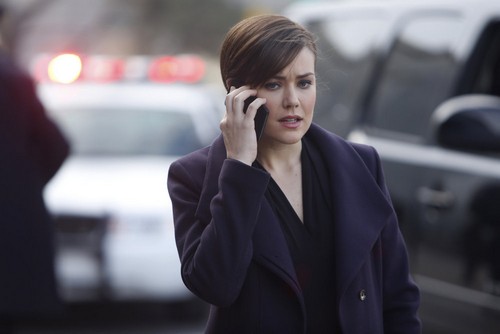 On last week’s episode Red (James Spader) and the team were on the hunt for “The Undertaker” (guest star Damian Young) – a life insurance claim adjuster who convinced ordinary people to become contract killers. Meanwhile, Liz (Megan Boone) works with Red to uncover Tom’s (Ryan Eggold) secrets. Diego Klattenhoff, Parminder Nagra & Harry Lennix also star.  Did you watch last week’s episode?  We did and we have a full and detailed recap, right here for you.

On tonight’s episode The Pavlovich brothers specialize in abductions of high value targets and according to Red (James Spader), they are planning their next hit. While the team tries to protect the next target, Red has a job of his own for the Pavlovich Brothers. Elsewhere, Liz (Megan Boone) patiently tries to uncover the truth about Tom (Ryan Eggold). Diego Klattenhoff, Harry Lennix, and Parminder Nagra also star.

Tonight’s episode of The Black List begins at a labor camp in China, the workers are being vaccinated. One of the women get a shot and she drops to the floor and her heart stops beating. She is rushed away in an ambulance with the nurse that gave her a shot. The general plays back the tape and realizes the nurses gave her the shot intentionally, he tries to stop the ambulance but they aren’t in it. They nurse and the patient rode off in the back of a van instead. The nurse gives her another shot and she wakes up, she promises the patient she will be in America by morning.

Elizabeth makes a copy of Tom’s keys without him noticing and then hands him the keys as he rushes out the door to work. Elizabeth meets with Red and Red confirms that Tom killed Jolene Parker. He knows that they worked for the same agency, but has no idea why Tom killed her. Reddington says there are more important things to deal with right now though – the Pavlovich brothers are back in town.

Elizabeth heads to the office and briefs her team. The Pavlovich brothers specialize in “snatch and grabs.” The brothers are after Chinese scientist Chauping Li, who specializes in viral warfare.

Elizabeth and Ressler head to the airport where Li is landing. While they are explaining to Chinese guards that their mission has been compromised and Li is in danger, the Pavlovich brothers arrive via helicopter and fire a slew of shots at the agents. They manage to grab Chauping Li and fly off with her.

Ressler receives a phone call from Sherriff’s office with a location of the helicopter landing. Cooper wants to know why Department of Defense is so interested in this case. Agent Malik explains that Li was working on germ warfare called “White Fog.”

Liz receives a phone call from Reddington and meets up with him. He says Tom didn’t go to work today, he called in sick, went to a bank, made three phone calls from pay phones, and then sat in the park all day waiting for someone to meet him. Lizzie sits in the car with Red watching Tom. He heads into the National Archives building and Liz jumps out of the car and follows him. He meets with a man but gets spooked and sense he is being followed and says “not now” and leaves the building.

Liz heads home after work and pretends she doesn’t know anything, Tom is cooking dinner to surprise her. He tells her he stopped by National Archivces building to book a field trip for the kids and he could have sworn that he seen her. She denies it. Tom says he has to walk the dog and leaves the apartment. After a few minutes she hears the dog scratching at the door, but Tom is gone. He throws his cell phone in a garbage can and then uses a payphone. He calls a secured line and says “Mockingbird knows, requesting immediate evac. She knows.”

Liz sits down with Red and tells him that Tom is gone. She confesses that she was in love with him and was excited to have children with him. She can’t believe her husband is gone. Red explains he never was her husband. Liz declares she is going to find Tom with or without his help.

The next day Red tracks down the man, Jeffrey, that Tom was meeting at the National Archives building. Jeffrey says he picks up and drops off a book, he has no idea what is in it and who the people are he is picking it up from. He hands the book over to Red and makes a list of all of his drop-offs and pick-ups. Red makes copies of the book and gives it back to Jeffrey and tells him to keep making his drops like nothing happened.

Elizabeth’s team gets a break from the Pavlovich brothers’ helicopter. They are able to trace the chemicals in the fuel they used to Halifax Agro Chem. She calls Red and says they are assembling a team and heading there.

The Pavlovich brothers are cramming Chauping into a coffin with an oxygen mask and loading her into a truck and Red arrives…before Liz’s team.

Moments later Liz and her team arrives at the same location but Red, Pavlovich brothers, and Chauping Li are all gone already.

Tom is in a warehouse with other men and there is an explosion outside. He tries to make a run for it in a sports car but the Pavlovich brothers are able to run him down and take him prisoner.

Ressler calls Liz out when they get back to the office. He thinks that Reddington got there before them and stole Chauping Li. Liz heads home and finds the Pavlovich brothers sitting in her apartment with Tom tied up in a chair. She calls Reddington and asks where Chauping is. He says that he couldn’t get her from the brothers, he barely got them to get him Tom. Liz says that Chauping left a note on the wall with a rock that hinted she was being smuggled out via boat. Red says nothing gets smuggled over the Chesapeake without Rolph Sisco. Liz calls Ressler and tells him to question Rolph Sisco, and then she deals with Tom.

Tom tells her that he was just “doing his job.” He goes on to say that he knew he had her after their fourth date, and he felt sorry for her because he knew she was falling for him. Liz takes out a wrench and proceeds to start breaking Tom’s thumbs. She asks him who he works for and he refuses to answer.

Rolph Sisco rolls over on the Pavlovich Brothers and REssler and his team arrive. There is a shoot out and they manage to take out the Pavlovich brothers. They find Chauping tied up inside a wooden crate with an oxygen mask.

Liz wasn’t thinking clearly, and didn’t take into consideration that once she broke Tom’s thumb he could slide his wrist out of his cuffs. Tom fights Liz and grabs her gun and forces her to cuss herself to the stairs. He tells Liz he isn’t here to hurt her. He is one of the good guys. He says Reddington isn’t who she thinks he is, and to take the key she found and go to Bradford Bank and open Box 3929 and she will see who Red really is.

Reddington sees Tom leave and pays her a visit. She is sitting on her couch crying and says she lost him. Reddington reassures her that someone is still following him. He tells her that she deserves the best in life.

Liz heads to the bank and open Box 3929. She takes out a sheet of paper and gasps.