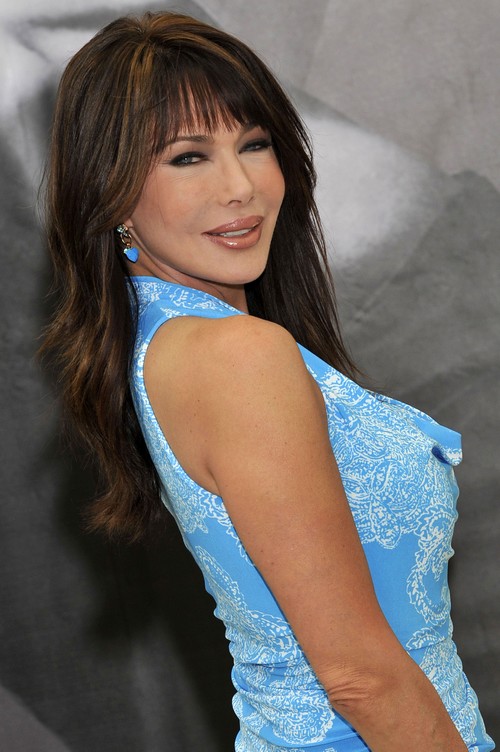 The Bold and the Beautiful comings and goings spoilers for the week of November 3rd reveal that Hunter Tylo is returning to the B&B soap as Taylor Hayes, and rumor has it some fire works will fly between her and Aly Forrester. The last time Taylor was in town, Aly Forrester was a basket case and threatened her with an axe, although we can’t say that we blame her – it was clear Aly was mentally unstable. It was bad enough that Taylor killed Aly’s mother, Darla, in a hit-and-run when she was just a child, but Aly was pushed over the edge when she learned that now her father, Thorne, was in a relationship with her mother’s killer.

Bold and the Beautiful has revolved around Ridge and Caroline’s affair for a few weeks now, so it will certainly be exciting to see a fresh storyline this week on the CBS soap. According to the November 10th edition of Soap Opera Digest, “Taylor shows up announced at Forrester Creations and runs in to Aly, which marks the first time they’ve spoke since their confrontation in May.” Bold and the Beautiful spoilers in the magazine go on to reveal that after Taylor and Aly’s confrontation, Aly turns to her dead mother Darla’s ghost for comfort and begins talking to herself again.

Ashlyn Pearce dished to Soap Opera Digest on her upcoming storyline with Hunter Tylo, and she insists that Aly Forrester isn’t going crazy again. Pearce explained, “Aly needs that mother figure, and speaking to Darla is how she gets that. She’s seeking guidance and she craves safety. Darla is more like her guardian angel, and Aly is praying to her.”

So, B&B fans, are you excited to see Hunter Tylo back on the B&B canvas? Do you think she’ll stick around this time? What about Aly and Taylor’s confrontation? Do you think Aly should forgive her or will she seek revenge? Do you think Aly is crazy? Let us know what you think in the comments below and don’t forget to check CDL tomorrow for more Bold and the Beautiful spoilers and news.