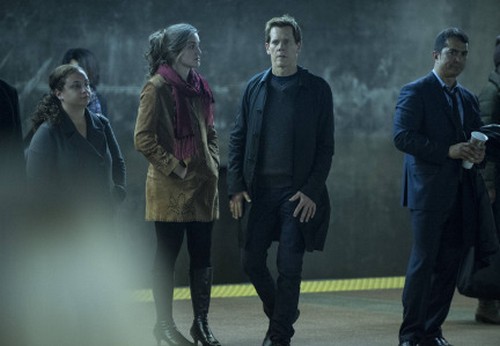 Tonight on FOX their hit psychological thriller THE FOLLOWING airs with a new episode called, “Family Affair.”  On tonight’s episode Joe and Mandy meet up with a follower in search of assistance.  Did you watch last week’s premiere episode?  We did and we recapped it right here for you.

On last week’s episode Ryan continued his search to find the correlation between the recent tragedies in New York City and Emma and the existing members of the Havenport cult, while the FBI became increasingly aware of his undercover agenda. Meanwhile, a shocking event led Joe to put a new plan in action.

On tonight’s episode after the latest shocking revelation in the case, Ryan and Max attempt to put the pieces together and stay two-steps ahead of the FBI, despite Weston’s constant warnings to stay out of the way. Meanwhile, Emma becomes even closer to Mark and Luke, while Joe and Mandy meet up with a follower in search of assistance.

We will be live blogging The Following Episode 4 with all the up-to-the-minute details at 9PM EST so make sure to come back to this spot and watch the show with us.   Make sure to refresh often so you get the most current info!  While you wait for the episode you can catch a sneak peek of tonight’s episode BELOW!

Lily Gray doesn’t necessarily want to become another one of Joe’s followers. She’d actually preferred to work alongside him then to ever take orders. That becomes very apparent seeing as she has her own cult. As in people that look towards her as the one with all the answers rather than waiting to hear what Joe has to say. Her followers are her children. The twins Mark and Luke or just two of many Lily “adopted”. She takes in people all over the world and in return they call her their mother.  That’s how they tell her thank you. To them she rescued them from violent and abusive homes and so naturally they love her. Although she doesn’t treat them all equally. She has inner circle among her “children”.

Mark is the softer twin of the original pair back in New York. So she tends to let the other brother, Luke, and his sadistic sidekick Giselle take the lead. It’s why she sent them to take care of any loose ends. Her friend and business partner, David, needs to be stopped. He denied knowing anything about Lily’s true identity but he lied. He must have seeing as Lily’s first order of business was to kill him.

And he does know something. He greeted Giselle like a friend which was odd reaction. Especially after he learned she broke into his apartment. He began his conversation with her by apologizing and trying to reassure her. David wanted her to know that he would never betray Lily. But no one cared. Not Lily and not Giselle. She killed him anyway because that was what he mother wanted.

It was only fortunate that Ryan was in the area when she made her move. He saw her and only nearly caught her. He probably would have done a better job of it if the feds hadn’t chosen that precise moment to bring him in for questioning. They needed to know how he got so close and weren’t able to use their normal channels. Like the agents that were supposed to be tracking him and that ended up losing.

Ryan doesn’t reveal much. Not even how much help he got from his niece despite everyone having already figured out that she’s helping work the case. Instead he tries to stall him while his not so secret partner continues to search for Giselle. And Max does find their easily enough. She caught Giselle waiting for a train and made sure to watch her. By time Ryan got released from police custody she told him to hurry it up. Giselle was preparing to leave and Max couldn’t allow that.

Max’s uncle warned her not to follow the serial killer. Even though he brought her into the caes he never wanted her to get hurt. Too bad she takes after him. She couldn’t let a lead go no matter the danger.

She followed Giselle and was badly confronted right in the middle of the street. Giselle managed to both beat her up and make her second escape of the day. This time though she was unable to outrun Ryan. He spotted her and followed her into Grand Central station.  And again he missed her because of outsiders interfering. This time it wasn’t the feds. It turns out that after passersbys witness a man pull a gun out on a woman they would then try to be a hero.

Still there is a chance they can bring down the elusive Giselle. Max got on the train in just the right amount of time. Giselle hasn’t seen her yet and will unknowingly lead the NYPD detective back to the family’s safe house. Where, conveniently, Max will get the final proof she needs on whether or not Joe is alive. Emma had led him straight to Lily Gray.

Joe was apprehensive at first about this new batch of followers he somehow managed to acquire.  That’s why he went to a safe house. Home of one of his most trusted followers. He went to Joanna’s otherwise known as the wife of Agent Gina Mendez. She managed to give Joe a new set of papers and identification. She also provided a safe and secure line to call in to the new cult.

.  Mark was right when he said that Emma would be valuable. Emma was one of the few people that could convince Joe it was safe to come out of hiding. So when he called and she answered then he automatically took her word for it that it was safe. He never once doubted that she would be too caught up in seeing him again to be able to answer honestly.

Emma doesn’t know a lot about this new cult so how could she possibly guess if it was safe. She’s been with them for several days and she hasn’t figured out what Lily’s game plan is. All that she does know about the woman is that she’s highly manipulative. Lily tried to treat Emma like one of her kids. She used Emma’s past history with her mother to get Emma to see her as a maternal figure. Emma was only too lucky to catch on.

Lily probably use the exact same strategy for all of her kids. That is before she began to start an intimate relationship bordering on incest with the twins at least. What does she want and why has she enlisted people for years under the radar?

The feds know she’s a billionaire with money most likely hidden all across the world but what they don’t know is that Lily has already met her Joe. When Emma brought him ack to the house he went white as the sight of her.