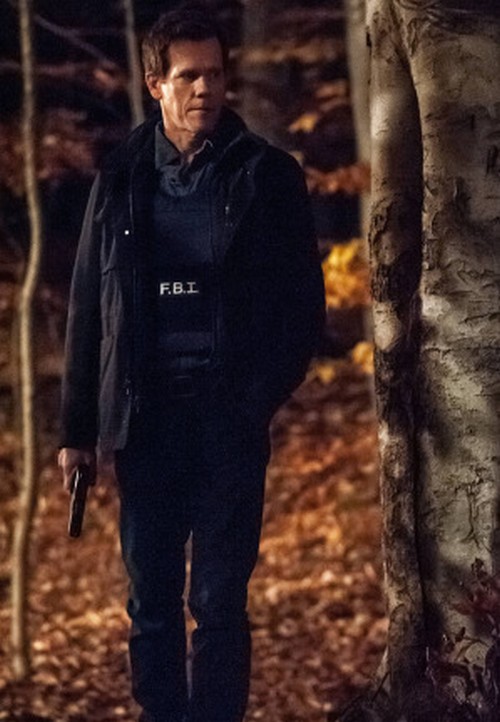 Tonight on FOX their hit psychological thriller THE FOLLOWING airs with a new episode called, “Sacrifice.”  On tonight’s episode Joe, Emma and Mandy arrive at their latest hideout, but quickly realize things aren’t what they seem.  Did you watch last week’s episode?  We did and we recapped it right here for you.

On last week’s episode looking for back-up and hoping to execute their plan, Ryan and Max contacted the FBI. But Weston had other ideas, leading to a standoff between good and evil. Meanwhile, Joe’s new relationship escalated into uncharted territory, and Luke found himself in a troubling situation.

On tonight’s episode Ryan and the FBI continue their hunt for Lily Gray, and are forced to redirect their search when a new threat enters Max’s life. Meanwhile, Joe, Emma and Mandy arrive at their latest hideout, but quickly realize things aren’t what they seem.

We will be live blogging The Following Episode 7 with all the up-to-the-minute details at 9PM EST so make sure to come back to this spot and watch the show with us.   Make sure to refresh often so you get the most current info!  While you wait for the episode you can catch a sneak peek of tonight’s episode BELOW!

Joe and his lady friends needed a safe place so they looked up an old friend of Roderick’s. A guy by the name of Roger who, by the way someone was to consider it, had fortunately never made it to the New Haven gathering. But as it turns out, Roger joined up with another cult. Joe has he’s only ever heard about it. Like how easily susceptible it is and figures he could easily find a safe hiding place within the cult. Too bad what he heard is proving to be faulty information.

Roger was supposed to ease Joe into his new family but this newer cult doesn’t hold the same respect as others have had for Joe. One of the first acts of the ringleader, Julia, was to command Joe, Emma, and Mandy to get down on their knees. They had to debase themselves in order to get accepted. And once they were allowed in; they were then forced out of their clothes into wearing unisex drapes and masks. Julia told them they had to earn their way into having an identity.

It seems as if no one is safe at the moment. Ryan got called into a meeting with the Feds. Agent Mendez wished to speak him to over a possible mole in the organization. See she believes his version of events as in that he saw Joe alive but in order for her to accept that she has to also acknowledge a leak inside of the Bureau. So she asked Ryan how Joe could have done and with who.

Problem with that is Ryan doesn’t know if he can trust Mendez. She’s just as capable of being the mole and Ryan wasn’t afraid to doubt her right to her face.  However he comes to find himself singing a different tune later on when he ends up needing her help finding Max.

Lily had apparently gotten someone to steal Max for her. It was retaliation for what she believes happened to Luke. Because she doesn’t know her son is alive she then thought a dead child for a dead child would be a fair exchange.  So she gave Max to the “Huntsman”.

The Huntsman is notorious serial killer that usually targets prostitutes. Lily met him when she was trying to find her perfect match. As Luke explained it from his hospital bed, his mother has been looking for an equal for a very long time. Joe wasn’t the first guy she became interested in. He was actually the last resort when the other appeared to be too deranged.

Speaking of crazy, Joe met the real leader of the cult – Julia’s husband, Micah. Micah isn’t exactly as smart as Joe though. He doesn’t have any of his poise or gift to getting people to kill for him. But he wants to learn how. Micah is more like the older versions of a cult leader. A sexually perverted psychopath that uses his coven to fulfil his Napoleonic need to be king. Yet he wants more. And that’s where Joe comes in.

Luckily, Joe is quick to see that he’s usual manipulations won’t work here. He can’t get Micah to be in awe of him. After all no one must surpass Micah’s own greatness. So he pretends to want to be another loyal follower. Which could have worked better or at least without anyone coming to harm if the lovely Julia hadn’t seen right through him. She knew her husband unwisely wanted to believe that Joe could be a part of their family. But she couldn’t find a way to undermine Joe.

Julia had made him take a lie detector test and he found a way to pass it. Now she doesn’t know but she still believes he’s lying to them. And that’s why she made him pay. In one of their cult rituals, she becomes guided by an elusive spirit into choosing who will be sacrificed for the betterment of the cult. Somehow Julia managed to pick Emma.

Emma was one of Joe’s first followers and losing her came as a massive blow to whatever plan he’s concocting. Micah probably didn’t pick on the ramifications of their sacrifice although Julia sure did.

Meanwhile the hunt for Max became complicated. Ryan, Mike, and the feds tracked down the Huntsman to his home only for him to be out on a business trip. His poor and sadly misinformed wife didn’t know where her husband was. Though Ryan did pick up on that her son might know something. The little brat was just like his father as in he couldn’t wait for his old man to kill another “whore”.

In order to get what they needed; Mike and Ryan cornered the kid and locked themselves in his bedroom. When the finally allowed Mendez in she found the kid hog tied on the floor. Sure that possibly wasn’t ethical but it did give them Max’s location. The Huntsman has a special cabin in the woods.

The found Max out in the forest. She was able to overpower her captor and make a run for it. Where her uncle gallantly saved her life. The Huntsman had a rifle and had gotten just a little too close to killing her.

Max was saved but Ryan wasn’t the only person Lily blamed for her son’s death.  While everyone was busy looking for Max, Lily and Mark went over to Mike’s father’s place. They videotaped killing him and sent it to Ryan knowing full well that Mike would eventually see it.

It tears apart Mike more than they would have guessed. He hasn’t been the same since Debra’s death and was still trying to find a way to cope. Now with his father’s death laid out at his door; there’s no telling what Mike would do next.