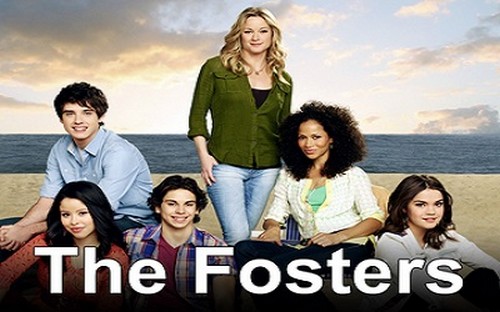 Tonight on ABC Family their hit drama The Fosters returns with a new episode called “Girls Reunited.” On tonight’s episode, Callie does volunteer work at Girls United, where she learns that neighbors want the girls removed, and one resident harbors a dangerous secret. Elsewhere, Mariana and Hayley prepare a romantic meal for their dates; and Ana sends Stef a troubling letter.

On the last episode Lena supported Brandon as he unloaded a long-held secret that could tear his family apart. Callie brang Jude for a visit with the Quinn family in the hopes that Jude would no longer feel so threatened by this other side of Callie’s life. Meanwhile, Jesus was torn between feelings of guilt over his failed relationship with Emma and pressured to prove his loyalty to Hayley. Mariana’s dance team prepared for an upcoming competition, and her insecurities threatened to get the best of her. Did you watch the last episode? If you missed it we have a full and detailed recap, right here for you.

On tonight’s episode Callie pays a visit to Girls United to pitch in for Community Day and is surprised by new developments at her former foster group home. Paranoid neighbors are putting pressure on the home’s landlord to kick the girls out, and a new resident has secrets that could jeopardize the safety of the entire group. Meanwhile, Mariana and Hayley plan to cook a romantic double-date dinner for Mat and Jesus. And Stef receives a concerning letter from Ana.

Callie returned to the group home. She wanted to catch up with some of her old friends however her visit is fraught with difficulties. For one, its hard hearing about Callie’s life with both her foster family and now her biological family. It’s especially hard on those who don’t have family like Kiara. Her potential foster family pulled out on having her at the last minute and soon her time at the group home will be up so her future is looking pretty bleak. And that’s why she doesn’t want to hear that Callie wouldn’t go to live with her biological family even if they begged. It makes Callie sound ungrateful.

While Callie is spending time at the house, Jude and Lena are away enjoying themselves which unfortunately leaves Stef still stuck with three teenagers. Stef is the tough parent and that means she really shouldn’t parent on her own. Brandon won’t want to discuss his current situation with only her and Jesus surely doesn’t want to discuss his sex life with the parent most likely to grill him about protection. So Stef is on her own and her kids have taken to hiding in their rooms.

They only came out in order to participate in Mariana’s weird idea of an adult dinner. She invited Jesus, Hayley, and her own date and did a double date with them. Yet the date nearly ended in disaster all because Jesus made a joke about their birth mom. Mariana had told Hayley that she doesn’t remember the woman and so when she found out that was a lie – Hayley accused Mariana of lying to her.

And Mariana hit back. She reminded Hayley that they both knew about her parents’ divorce for months yet the other girl made it seem like recent news when she tried to stop Jesus from going to a team dinner with Emma. Hayley immediately got defensive and stormed off and Jesus followed her blaming the fight entirely on his sister.

Although, Hayley’s temper tantrum didn’t hurt Mariana’s chances of being with a new guy!

But, as it turns out, Callie didn’t end up enjoying herself away from the family drama. Her safe place isn’t that safe anymore. The new girl there has a problem with her and there’s certain neighbor doing his best to close down the house. He feels like the all the girls inside are thugs and wants them out of the neighborhood so Rita came up with the idea to host an open house specifically targeted towards getting the other neighbors to see how good they’ve been doing. And the event somehow turned into propping up Callie as its spokesperson.

Some of the other girls didn’t take too kindly to that. It made them feel like she was the poster girl they should all aspire to and in certain cases that’s impossible. Like Becca whose mother always wants to put her well-being on the backburner whenever there’s a new guy in the picture. Or Cole who thought the new girl loved him for him when the truth is she was merely using him. She wanted to manipulate Cole’s feelings for her in order to get him to take her to meet up with her real boyfriend thereby breaking Cole’s heart in the process when he learned the truth.

Cole is a transgender teen and sometimes he wonder if anyone will ever love him for him, but Callie does. She’s his friend and she’s also Becca’s friend. Sadly, Becca didn’t remember that part after her mom had told her she found a new man. So Becca fell back on some old and destructive behavior. She started playing with matches again and one of them caused a fire.

Becca and Rita, who turned back for her, were nearly injured in the fire though Callie manages to come to the rescue. Later the other girls started hypothesizing what Becca was doing down there and they came to the conclusion that Becca was doing drugs. Before the new girl left – she accused Callie of stealing her drugs even though she didn’t. So if it wasn’t any of them then it had to have been Becca.

The fire could very well have destroyed any chances of the house re-opening. The landlord won’t want to give them second chance after a fire and in the meantime the remaining girls at the house will be sent back to juvie. So even if Callie is feeling guilty about her lucky escape – she knows better than to return to her self-destructive ways. No wants to go back to juvie!