The Game Claims He’s Not Dating Khloe Kardashian – But Reveals Hot Steamy Past With Kim Kardashian! 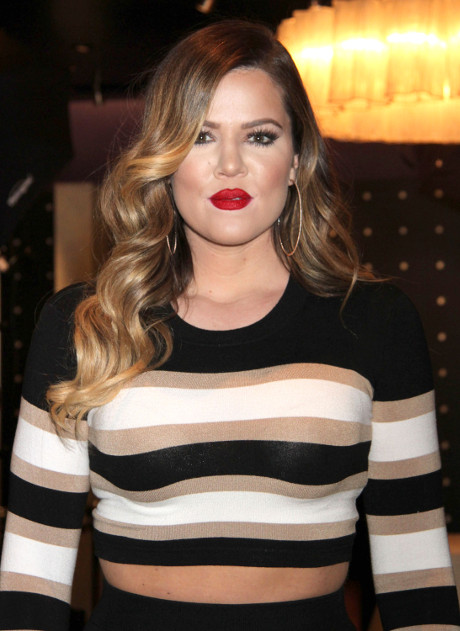 The Game may have thought he really had his “game” in order when telling a UK radio station that he is not dating Khloe Kardashian. He went on to say that it was sister Kim Kardashian that he *dated* back in the day. Turns out that 2006 was the year the two hooked up, which might dish some pain to his former fiancé — since the two were technically together at the time.

The Game, real name Jayceon Taylor, must have forgotten that he was with his former fiancée, school teacher Tiffney Cambridge, in 2006 — the same year sources are saying he had a fling with Kim K. In fact, his son King was born in early 2007. Up until just recently, the couple were planning to wed, as documented on the show Marrying the Game. The couple has two children and have had their share of ups and downs, cancelling at least two planned weddings.

The Game has recently been catapulted into the public eye as people continue to speculate that he and Khloe are a couple. When they first began getting close, Tiffney was asked how she felt about her man spending so much time with Khloe. In October of last year, Tiffney said that she was totally fine with the friendship between Jayceon and Khloe since they’ve known each other for years and he just wants to be a good friend. Turns out, Khloe is not the Kardashian who burned Tiffney, it was Kim!

I wonder how Kanye must feel knowing that, in just 2006 alone, Kim was sleeping with The Game (who had a pregnant girlfriend at home), Ray J until May 2006, Nick Lachey in June, and Nick Cannon. I guess she had July and August free. Busy schedule there, Kim. Hope you made time to go pick up some protection between “dates.”

In January, The Game was very vocal about his belief that Tami Roman, of Basketball Wives fame, is the reason for the break-up of his relationship with Tiffney. While his Twitter rant did not give specific details, he was very clear about his hate for Ms. Roman and point blank blamed her for destroying his family. And all along I thought he was doing a great job of that all on his own. Well, if there was any chance of a reconciliation, it is doubtful that it will materialize after Game’s fling with Kim was revealed. Tiffney is probably happy and content somewhere, just thinking back to the bullet she managed to dodge. Smart lady! So, CDLers, what do you think of this new notch on Kim’s belt?