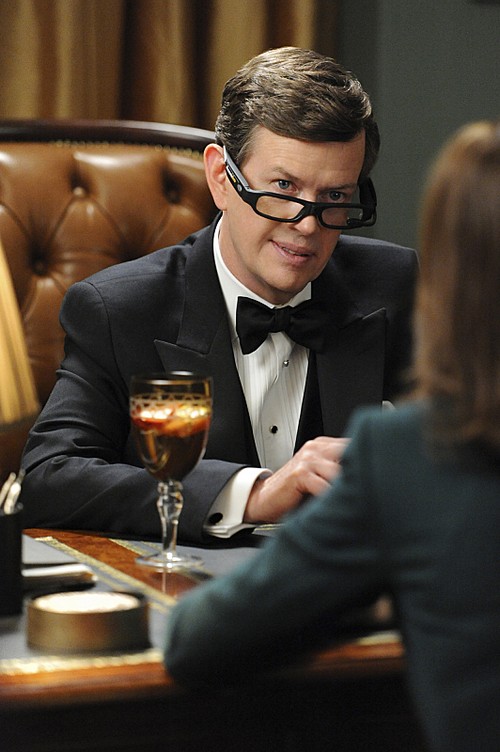 The Good Wife returned tonight to CBS with another great episode.  I cannot wait till the next episode.  To wet your appetite we have a sneak peek video and some insight for you below on what is going to happen on the next episode called, “Tying the Knot.”

On tonight’s episode Florrick/Agos took on the case of an NSA whistleblower, only to learn that the agency had been monitoring the firm as well as Alicia’s personal life. Meanwhile, Diane faced the difficult task of working alongside Louis Canning when he joined Lockhart/Gardner. Also, Alicia went after the State’s Attorney when he attempted to make Finn a scapegoat in the Jeffrey Grant case. More happened!  If you missed the episode we have a full and detailed recap, right here for you.

Spoiler alert: If you’re one of those people who doesn’t like spoilers, stop reading now! We have some juicy spoilers for you about the season 5 episode 19 of CBS’s “Tying the Knot.”

CBS’s Official Synopsis: “When Alicia pays a visit to longtime client Colin Sweeney, she finds herself in the unwanted role of witness when a body is discovered in his home. Meanwhile, Eli steps in when an unfortunate picture of Zach threatens to become a public relations nightmare for Peter.”  Josh Charles returns to THE GOOD WIFE as episodic director. Dylan Baker returns as Colin Sweeney and Laura Benanti guest stars as his fiancée, Renata Ellard.

On next week’s episode Alicia becomes a reluctant witness when a body is discovered in Colin Sweeney’s home while she is there. Meanwhile, an unfortunate picture of Zach threatens to become a public relations nightmare for Peter.

The Good Wife Season 5, Episode 19 “Tying the Knot” airs on CBS on April 27th, 2013. Check out the preview video & some photos from episode 19 below and let us know in the comments below what you think!