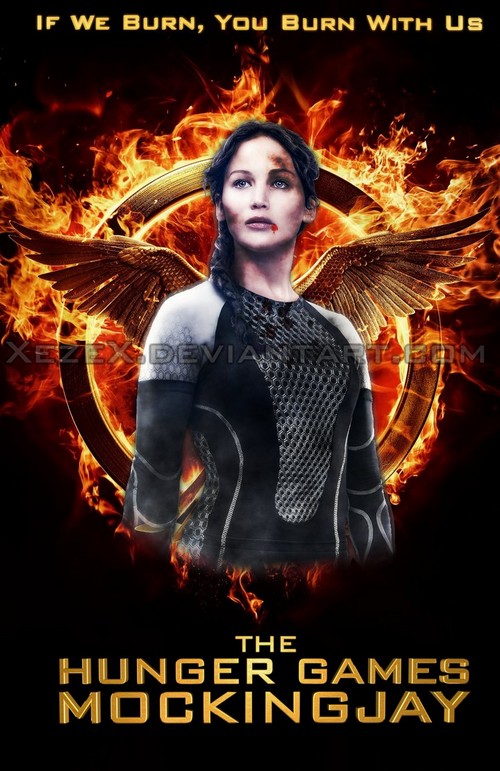 The Hunger Games: Mockingjay Part 1 is here, you guys! It’s burst into theaters, solidified itself as a sterling quality franchise, and cemented Jennifer Lawrence’s place in cinema history. Actually, The Hunger Games: Catching Fire managed to do all that, but you know – Mockingjay Part 1 tries. Unfortunately, by its very nature it’s half of a full movie, and you never get the full satisfaction of a whole movie when you watch it.

I know, I know – it is basically the same piece of criticism that everyone has heaped on it. But unfortunately, it’s true – and this is coming from a passionate Hunger Games fanatic. I don’t think that The Hunger Games: Mockingjay Part 1 works as a singular movie that can exist in a vacuum, largely because it’s all build-up and no pay-off. But if we look past that, man, what a build-up. It’s emotional, it’s driving, it’s terrifically acted [especially by Jennifer Lawrence and Julianne Moore], and some of the scenes are designed to bring tears to your eyes and goosebumps to your skin.

I don’t want to give away any spoilers [read the book], but there’s this moment with a song that’s almost mid-way. It’s so gorgeous, beautiful, and moving and inspiring, and I could tell that everyone in my theater felt the same way.

Some of the supporting cast was equally as strong, but this was the first opportunity for Liam Hemsworth to move into the spotlight and shine. I’m sorry to say, he was merely passable. And Josh Hutcherson’s Peeta Mellark is also more or less reduced to a pawn, but an effective pawn. I still think Hutcherson > Hemsworth in The Hunger Games franchise acting ability, but Jennifer Lawrence still blows them both out of the water.

So anyway, if you’re a fan of the book, I would suggest watching this movie [over and over again] – you won’t be disappointed. If you’re not a fan, I would still recommend it, but just go into it with an open mind and not expecting a whole lotta action.