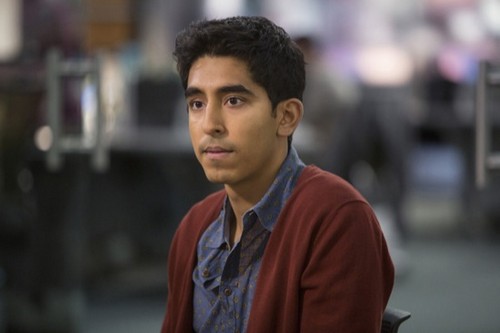 The Newsroom returns to HBO tonight with an all new Sunday December 7, season 3 episode 5 called “Oh Shenandoah,” and we have your weekly recap below for you. On tonight episode, incarcerated for contempt, Will (Jeff Daniels) refuses to reveal the name of Neal’s (Dev Patel) government source. Appearing to embrace Pruit’s (B.J. Novak) mandate to capture younger viewers, Charlie (Sam Waterston) orders a reluctant Don (Thomas Sadoski) to track down principals in a sexual-abuse case at an elite college.

On the last episode, facing a court subpoena and possible incarceration for contempt, Will stood firm in refusing to reveal the source of the stolen DOD documents. As Charlie’s disdain for Lucas grew Sloan and Mac scrambled to find a more acceptable 11th-hour buyer for ACN. Jim’s relationship with Hallie was put to the test by her new job at Carnivore, a start-up website. Did you watch the last episode? If you missed it, we have a full and detailed recap right here for you.

On tonight’s episode as per the HBO synopsis, “incarcerated for contempt, Will (Jeff Daniels) refuses to reveal the name of Neal’s (Dev Patel) government source. Appearing to embrace Pruit’s (B.J. Novak) mandate to capture younger viewers, Charlie (Sam Waterston) orders a reluctant Don (Thomas Sadoski) to track down principals in a sexual-abuse case at an elite college. Sloan (Olivia Munn) voices her objection to a new digital site built by Neal’s replacement, Bree (Jon Bass). Stranded in a Moscow airport, Jim (John Gallagher, Jr.) and Maggie (Alison Pill) look to land seats for a Cuban-bound plane, hoping to interview one of its high-profile passengers.”

You aren’t going to want to miss any of the unfolding action tonight. We’ll be recapping the season 3 episode 5 live right here for you at 9pm. In the meantime, while you wait for the recap, check out a sneak peek of tonight’s episode below!

Will is taken to his jail cell. 52 Days Later: He’s added three photos to his bedside wall. He’s also gotten a cellmate.

Charlie, Mackenzie, and Don are viewing the new ACN promos. Don and Mack aren’t for the new direction. Charlie, however, is all for it, as Pruitt’s new ideas have helped take ACN in a successful new turn. Mack leaves and Don stays behind, asking how to do a story on sexual assault on the Princeton campus. Don tells Charlie that Pruitt wants to of the parties in the studio to do an interview–but he’s not sure how to get them both in there and to agree to an interview. Charlie doesn’t put up with his antics and says that unless he figures his stuff out soon then he’ll be out of a job.

Meanwhile, Mack learns that The Source has shot and killed herself in D.C. Mack goes to Rebecca and reveals that she knows the identity of the source. Rebecca tells Mack that her husband is getting out of jail. Today.

Sloan gets mad about ACN Digital’s new app that allows for consumers to stalk celebrities and famous people. At first, she gets mad at the creator. But then, in a sly move, she welcomes him onto her show for an interview — hopefully in an effort to get people to make a public outcry.

Don continues to be at a crossroads: He’s supposed to welcome an undergrad from Princeton who posted allegations of being raped on a website onto the news for an interview — the only problem is that Charlie and Pruitt want him to also interview the accused. Sloan sides with Don and doesn’t agree with this plan. She wants to know what’s happening to Charlie.

Maggie and Jim are at the airport trying to get on a flight that’s potentially carrying Edward Snowden.

Will continues to spend his time in jail. Rebecca and the prosecuting attorney come and meet with him. Rebecca has given him a list of approved questions. But Will still won’t reveal the name of his source.

Don tracks down the Princeton student who was raped. He begs her not to do the interview on the news.

Maggie and Jim are still at the airport trying to get on the flight with Snowden. Maggie and Jim are waiting in the standby line. Maggie tells Jim to go call Hallie — he does but, before he actually gets her on the other line, he sees Maggie. Perhaps he’s actually in love with her. . . .

Maggie and Jim manage to buy some tickets off a couple on their honeymoon. They get on the flight.

Don continues to talk with Mary about not doing the show — but she doesn’t reject. She wants to do the show and get her story out there.

Maggie and Jim realize that Edward Snowden isn’t ACTUALLY going to be on the flight. Maggie figures out that Jim didn’t call Hallie. In an outburst, Jim reveals that he likes Maggie.

Rebecca’s about to file a motion to have Will released. The opposing party doesn’t contest her motion. Will will sleep at home in his own bed tonight.

Maggie goes to find Jim on the airplane and kisses him.

After the interview, Pruitt comes in a flaming, angry rage.

Pruitt wants to talk with Charlie.

Just as Charlie’s about to leave, he falls and hits his head on the table. Maybe a heart attack. He’s rushed to the ER.

Meanwhile, Will packs his stuff up and prepares to leave his jail cell.

Mackenzine comes to pick Will up from the jail. She says that Charlie had a heart attack a few hours ago. And he died.