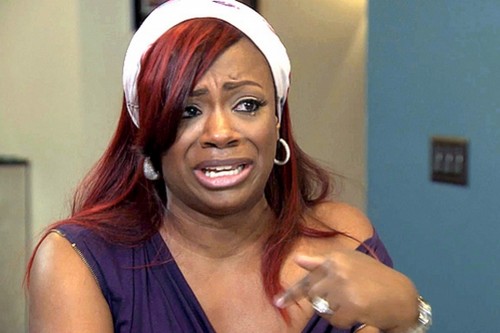 Tonight on Bravo THE REAL HOUSEWIVES OF ATLANTA continues and tonight’s episode is called, “Crunk in the Trunk.” On tonight’s episode emotions reach a boiling point when one of the ladies makes a dramatic exit..  Did you watch last week’s season 6 episode 10? We did and if you want to get caught up before tonight’s episode, you can read our full and detailed recap, right here.

On last week’s episode Kandi and Momma Joyce caught up after weeks of not speaking, and Momma Joyce revealed her health may be in jeopardy. Meanwhile, NeNe and Phaedra were summoned to dinner by Mynique’s husband, Chuck Smith, who asked the ladies to return with him to their hometown of Athens for an event. Phaedra and Chuck had a war of words over the true story behind their past relationship.

On tonight’s show the ladies come together for Cynthia’s sister Malorie’s jewelry trunk show, but tensions flare between Kenya and Malorie. NeNe is hit with unexpected news and emotions reach a boiling point when one of the ladies makes a dramatic exit.

Tonight’s episode is going to be another drama packed one, which you won’t want to miss. So be sure to tune in for our live coverage of Bravos’ The Real Housewives of Atlanta Season 6 episode 11 – tonight at 8PM EST! While you wait for our recap, hit the comments and let us know how excited you are about the new episode of RHOA tonight.

On tonight’s episode – Kandi was a little thrown to find her number one partner in crime, Phaedra, was suddenly getting friendly with Nene. She only found out about their trip to their hometown after the fact. Yet she’s glad she didn’t go. Hearing about Chuck and his shenanigans was too much. It’s not like either of the girls are still interested in him. Not that there was much to be interested in. According to both Phaedra and Kandi, Chuck fell “short” of expectations.

Cynthia feels bad about her fight with Peter last week. She thinks she might have gone too far when she admitted he didn’t live up to all those promises he made her before they got married. So as of now she moved away from confrontation. Which would have been easy if her sister wasn’t there. Mal likes to take things Cynthia said to her and throw in Peter’s face. When she saw Peter post-blow out, she immediately went on instigator mode. She told him she didn’t like the way he treated her and felt they needed to have a talk. When he didn’t get himself riled up and instead was calm for once; she then went on to bring up him and Cynthia’s sex life. Where did that come from?

The subject didn’t faze the couple though. Cynthia and Peter were able to joke about how much their sex life has changed from the beginning of their relationship. They even shared a laugh all the while Mal was conspicuously silent.

Kenya’s dad came to visit her. She appears to have a good relationship in spite of him not being the one to raise her. He was 16, practically a baby, when she was born and so he let his mother raise her. Still he is important to her and this is his first time visiting her in Atlanta. She wanted to make his stay special, but her dad doesn’t seem to like her new and fancy lifestyle. He’s a simpler man.

Kenya brought up her mother on her dad’s visit. He wanted to tell him she was going to reach out to the other woman. He told her it wasn’t a good idea. He feels she should drop it because her mother is never going to change. Back when they were young, the mother had even asked him not to tell anyone that baby Kenya was hers.

Porsha is gearing up for trial. When she closed that door on Kordell; she did it with permanence. However she’s going to have fight on her hands. A jury wouldn’t necessarily see her as needing alimony. She is very put together and slightly well known. Others could take in her appearance and believe she’s being greedy. Even though she gave up working to take care of her husband and his son.

Kandi is working on her new play and she wants her fiancée to help her create it. Only problem is he doesn’t want to. He wants to take a job that could possibly have him traveling. She says she supports him, but she might be on the fence. The two have gotten into a lot of arguments about him having to give up work. And because she doesn’t want him to feel resentful, she tearfully told him he could take the job. Like who could believe her after that display?

Nene and Cynthia went over Kenya’s thinking they would be enjoying a soirée. Kenya actually was planning for them to come help her paint her house. They refused they moment they heard the real plan. Although they did get to meet her dad. He can be quite a character and some of Kenya’s “attitude” could have come from him. At least that’s what Nene thinks after the older man said he would have treated her like a queen if she was his.

Once he goes to bed, the girls begin talking about Kandi. They all know she has a play coming out and Kenya wanted to get Nene’s honest opinion on why she didn’t want to be in it. Kandi had asked but Nene said “no”. She claimed she was too busy. Kenya doesn’t buy that and tried to get her to admit she didn’t want to do Kandi’s “low budget” play. Nene doesn’t say it out loud and yet her friends know the truth.

As for the topic of conversation, Kandi had gone over to Porsha’s with Phaedra. They wanted to see her new home. They came, they saw, they think she’s being single getting the house. What does one person needs with 8,000 sq feet? Much less why wouldn’t she tell Nene she moved in her neighborhood.

At Cynthia’s event, all Cynthia wants is for the day to go on without drama. Which she knows is like asking for the moon and stars. There is always something happening at one of her events. The first trouble occurred when her sister and Kenya got into a spat. Kenya had found out that Mal invited herself to Cynthia for 2 months without asking and Kenya was saying how she couldn’t live with that. Mal took offence and told Kenya it was family business. As quickly as it started it ended. Cynthia took Mal aside and told her “you can’t argue with everybody”. Mal has to learn to pick her battles.

Porsha didn’t want anyone to tell Nene that she moved. She wanted it to be a surprise and then Phaedra and Kenya spilled the beans. Nene is upset to learn second hand that Porsha moved. She feels like Porsha isn’t being a good friend and accused of her such to her face. Porsha got teary eyed afterwards and eventually Nene felt bad for being so harsh towards Porsha. In her own way Nene wanted Porsha to be able to open up to her and was disappointed when it didn’t happen.

Meanwhile troublemaker Kenya couldn’t take it when things become all about Porsha. She twirled her way out of the party.