The Real Housewives of Atlanta RECAP 1/5/14: Season 6 Episode 10 “A Trip Down Memory Lane” 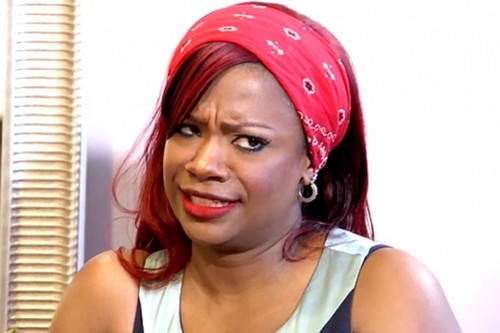 Tonight on Bravo THE REAL HOUSEWIVES OF ATLANTA continues and tonight’s episode is called, “A Trip Down Memory Lane.” On tonight’s episode Momma Joyce reveals her health may be in jeopardy.  Did you watch last week’s season 6 episode 9? We did and if you want to get caught up before tonight’s episode, you can read our full and detailed recap, right here.

On last week’s episode with the ladies still enjoying their time in Savannah, things quickly took a left turn when NeNe and Cynthia came to a heated disagreement about parenting, causing Cynthia to have a major breakdown. After attending an outrageous drag show, the ladies enjoyed one last home-cooked Savannah dinner together — but an unwelcomed guest created a huge commotion, causing the meal to end on an unexpected note.

On tonight’s show Kandi and Momma Joyce catch up after weeks of not speaking, and Momma Joyce reveals her health may be in jeopardy. Meanwhile, NeNe and Phaedra are summoned to dinner by Mynique’s husband, Chuck Smith, who asks the ladies to return with him to their hometown of Athens for an event. Phaedra and Chuck have a war of words over the true story behind their past relationship.

Tonight’s episode is going to be another drama packed one, which you won’t want to miss. So be sure to tune in for our live coverage of Bravos’ The Real Housewives of Atlanta Season 6 episode 10 – tonight at 8PM EST! While you wait for our recap, hit the comments and let us know how excited you are about the new episode of RHOA tonight.

The Real Housewives of Atlanta RECAP 1/5/14: Season 6 Episode 10 “A Trip Down Memory Lane”

In tonight’s episode everyone is finding out what happened in Savannah just couldn’t stay there. Why? Because the women from the trip are nothing more than gigantic gossips. Kenya for example was the first to break the news on Mynique drama. She couldn’t hold the juicy tidbit to herself and quickly talked everyone and anyone all the lies Mynique’s husband told her and Nene. After all, even though she says she’s over her fight with Phaedra; relaying a story about her old enemy is the only way she knows how to show that new found respect.

Phaedra on the other hand showed up for a meeting surprisingly with both Chuck (Mynique’s husband) and Nene. The women were at first nervous. They believed Chuck called them in to discuss the Savannah trip when actually he wanted their help. He’s a supporter of the Boys & Girls Club back in their home town and he wanted to know if they were able to lend their star status into doing something charitable. They agree and for all appearances the three of them seem to be looking forward together.

Speaking of acting out of guilt, Cynthia has taken in her sister. The sister’s husband had to move to Korea for work and she’s going out to join him but not anytime soon. So in the meantime she’ll be staying with Cynthia and Peter. If this smells like a disaster waiting to happen it’s because it is. Peter has an ugly history with his in-laws as in the kind of hate him. They never wanted Cynthia to marry a guy they believed to be a gold-digger. And although things have been more peaceful recently doesn’t mean the sister will be able to tolerate Peter for long.

Porsha is moving out of her mom’s house. She says she doesn’t want to feel like she’s completely dependent on her mother. The trip served to remind her that she needs to start thinking about what’s next for her. She did end up finding a place for herself. A six bedroom house with a basement and large yard. Once her family see her place though they become worried she signed on for maybe too much.

Kandi and her mother also share a bonding experience. She took Mama Joyce out to a hair salon and somehow the conversation turned her upcoming musical. Kandi has been working on creating her original musical and yet the plot for it doesn’t necessarily sound new to her mother. Why should it when Kandi is basing the play on their life – a singer in love with someone not quite up to her status and no one can understand their love. Who is she kidding? Their friend and stylist had to excuse himself just so he wouldn’t get caught up in the drama.

Mama Joyce doesn’t pull any punches after she’s left alone with her daughter. She told Kandi that she’s not going to worry anymore. Apparently she went to the doctor and for her own personal health she can’t be worrying herself over Kandi’s relationships. Kandi thought they had this conversation before but she doesn’t tell her mother that. Instead she says ok even as her mother says it’s natural for a mother to worry. Especially when she sees her child in front of an oncoming truck. It’s always nice when a mother relates a daughter’s marriage to a fatal accident!

Cynthia was showing her sister, Mel, around their new building when they came upon Peter. They were cordial for about a minute until he found out she was going to be staying with them. He didn’t like that and Mel thought she should bring up his new car. The very same car he bought without Cynthia’s knowledge. Of course a fight ensues. Afterwards Peter is upset, Cynthia is upset, and Mel is looking too smug for words.

Porsha may have moved in a new place but she rethinking on her future in the house. She told her family about reconnecting with Kordell. They’ve been texting lately and he made it seem like he was possibly regretting the divorce. Her family told her “too damn bad”. Kordell was the one to throw her out. He was the one that did his very best t alienate her from anyone willing enough to care about her. Friends or Family. None of that mattered to her ex-husband. So no, Kordell should stay in the past where he belongs.

Nene and Phaedra went back home. They spoke to young boys and girls telling them to reach for their dreams and were basically good people doing something nice. They left with Chuck in good spirits, but then found themselves trapped in his car. They had no place to run when Chuck brought up their Savannah trip. He did in fact hear about it and waited this long to bring it up because it got him in trouble with Mynique.

His wife was angry he lied to her and he wanted to make clear to the ladies in the care that he never dated Phaedra. He swears up and down that all they had was sex. She was one out of many and nothing special. The same goes for Kandi who he claims was also seeing other people. The ladies agree with him just to get him to stop. They know why he’s being this jerk and it’s not from any of his exes spreading stories. He was caught and he’s mad he got in trouble.

Cynthia and Peter have an open discussion when they’re at home alone. They’ve both have been feeling the pressure and they need to work out a way to move forward. Peter suggested he get a man cave. That received an automatic “no” from Cynthia. How can they deal with their problems when he’s looking for a place to escape to? That’s not how a marriage works in Cynthia’s opinion. Well, Peter doesn’t like that and he doesn’t like it when Cynthia brings up their money issues.

Peter can’t take getting confronted with his past mistakes and now he’s saying he might have had enough.