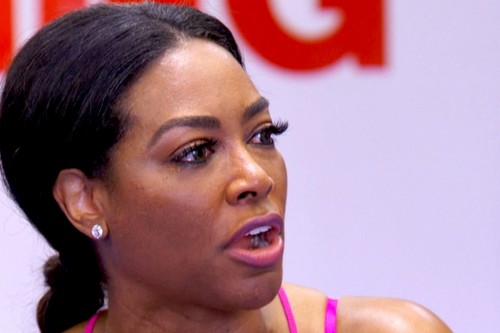 Tonight on Bravo, The Real Housewives of Atlanta Season 7 continues with an all new November 30, season 7 episode 4 called “Bury the Ratchet,” and we have your weekly recap below.  On tonight’s episode, Todd reprimands staffers at the Kandi Factory, putting Kandi Burress in between her team and her husband. Meanwhile, Phaedra Parks struggles with fallout from Apollo’s decisions; Claudia Jordan begins to adjust to Atlanta life; Kenya Moore hopes to mend relationships with the others.

On the last episode, the disconnect between Phaedra and Apollo continued to grow wider after Apollo’s heartfelt apology to Kenya. Meanwhile, Kandi became the bearer of bad news when she decided to tell Phaedra that Kenya was not who they mistakenly thought she was. New Atlanta radio personality Claudia prepared for her new life down South with the help of her bff Kenya, who showed her how things were done in the ATL. NeNe returned to Atlanta after headlining her Cirque du Soleil show in Las Vegas, and landed right in the middle of all the secrets and lies. Kandi and Todd’s “pillow talk” turned cold when her excitement to begin the baby making process was met by Todd’s second thoughts. After not receiving an invite to Cynthia’s Ebony Event, Porsha’s suspicion that Cynthia was upset with her was confirmed, when they meet-up and things quickly turned sour.  Did you watch the last episode? If you missed it we have a full and detailed recap, right here for you.

On tonight’s episode as per the Bravo synopsis, “Todd makes himself a little too comfortable at the Kandi Factory when he starts reprimanding the staff — forcing Kandi to choose sides between her husband and her team. Phaedra continues to deal with the aftermath of Apollo’s fateful decisions, while he downloads to Peter intimate relationship details from their past. Just as Claudia is starting to adjust to life in Atlanta, she finds herself catching some unwarranted shade from a familiar coworker. Now that Apollo has come clean, Kenya is optimistic about mending her relationships with the other women until NeNe breezes into town and suggests there may be a shocking twist to the Kenya/Apollo saga.”

Kandi’s team have helped her with everything. They even planned her dream wedding for her at was literally the last minute. But on tonight’s episode she’s left feeling like they’ve become a tad lazy on the job. And Kandi’s husband just happens to agree with her.

Nothing seems to be getting done and it’s hard to ignore that what with Todd also having started in with the comments. He’s a vocal man and Kandi tends to look to him for help. And, well, his advice is that she needs to check her staff. According to him, they’re only going to keep getting unruly if she continues to let them slide by on half assed job.

And so far Kandi has been trying to hold off on reprimanding her people. It’s not because she’s scared. It’s just that lately everytime she has tried points to something they’ve might have done wrong – her team inevitably blame Todd for their treatment.

You see Kandi’s staff are more than just people working for her. Her team is mostly comprised of friends. And so she’s had a prior history of handling them with kid gloves. Yet that all seemed to change when Todd enter the picture. So the sudden about change isn’t really helping anyone. And it’s just making Kandi’s staff turn all of their pent up aggression towards Todd. Hence Kandi, the ever loving wife, has been keeping her mouth shut as a way of maintain the peace but eventually that had to change. Even if what followed was a cold shoulder.

Speaking of cold shoulders, new girl Claudia thought everything was cool between her and Porsha. But a rivalry has apparently sprung up at Dish Nation. Dish Nation is where they both happened to work albeit in different sectors. And for the most part, Claudi never gave off the vibe that she was jealous of Porsha’s position at the company.

But Porsha has gotten it into her head that she’s somehow better than Claudia. Because while she’s being seen on televisions across Atlanta – the other woman is stuck doing radio. So Princess Porsha is giving whom she considers a pleb – the frost treatment at the station.

It was a really juvenile thing to do and honestly Claudia thought everything was ok prior to being dismissed so abruptly by a person she was hanging out with just the other day.

Everyone else likes Claudia. Kenya loves her and Cynthia connected with her right away. In fact the ladies think their relationship with Claudia might be the reason why Porsha has suddenly turned on her. And although the other two women have had their own issues with Porsha, they told Claudia to try and mend fences with her. Other people’s issues shouldn’t get in the way of Claudia’s job at the station.

Meanwhile, another group of women that have also met up for some girl talk have chosen to not take the high road. Take for instance Nene’s thoughts about Apollo and Kenya. Nene thinks Apollo is lying about lying.

She thinks Apollo’s story was concocted to mess with Phaedra’s head. But, frankly, Nene is set on not liking Kenya. And even Kandi can see Nene’s true motive. So Kandi is planning on apologizing to Kenya. And as for Nene, she’s chosen to believe that Apollo is only now lying because it fits her narrative.

Yet Apollo is telling, truly everyone, that he was lying about Kenya. And he told Peter why he did it. He said he threw Kenya under the bus after she had made a comment about their texting. At the time he was just thinking about how he was going to get out of trouble with his wife. So he told a lie.

And now he simply hopes Kenya isn’t too bitter because he told Peter he would really like a visit from her.

Later, Claudia met up with Porsha to hash things out. And surprisingly Porsha acted like there wasn’t a problem between them.  Almost like she hadn’t completely ignored Claudia when the other woman dared to try and speak with her the other day. So Claudia let it slide.

But she did want to talk to Porsha about her relationship with Kenya. She told her that Kenya has been a longtime friend and that she hoped that wouldn’t get in the way of the two women being able to hang out. And Porsha claimed that her relationship with Kenya wasn’t. Although she did refuse to talk about burying the hatchet she has with Kenya when Claudia then tried to bring it up as a way for them all to get along.

It appears that they are just some things people don’t want to merely let go. And that includes more than Nene!

Kandi and her manager DonJuan got into an argument. When she did get up the courage to talk to her team – Todd was with her. He by her side and he wasn’t afraid to voice his concerns about Kandi’s brand. And DonJuan didn’t appreciate that. He felt that Todd shouldn’t have been in a business meeting when no one works for him. So he got in an argument with his boss and later he got into a similar argument with Todd after Kandi had told her husband about his comments.

Todd feels like Kandi’s team hasn’t been pushing her into an international limelight. He asked DonJuan why they haven’t pursued her doing something with Obama. Because that’s how grand his dreams for Kandi are.

And DonJuan was frustrated because he’s been working for Kandi for twenty years. In the course of that, she’s always been successful and DonJuan doesn’t feel like Todd has acknowledged all of the work he’s personally put in (sometimes at a cost to himself) to make Kandi such a success. To him, it was like her husband entered the picture one day and suddenly he wasn’t good enough.

As for Kandi she followed up on making that apology to Kenya. But then their renewed friendship hit a snag when she proceeded to tell Kenya about what Nene has been saying recently. Actually hearing about the great lengths people will go just to justifying hating her – hurts! And Kenya is a human being so she ended up crying about all the names she’s being called.

And that cut short her hanging out with Kandi.

Kandi meant well but she shouldn’t have passed on information. And so as a way of trying to undo that mistake – next week Kandi is staging a sit-down with all the ladies. She’s going to see if they can all find a way to let go some of the past hurts!