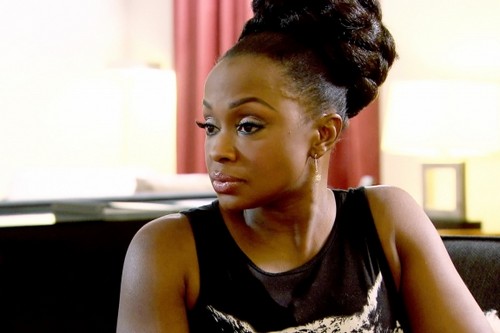 Tonight on Bravo, The Real Housewives of Atlanta Season 7 returns with an all new November 9, season 7 episode 1 premiere episode called “Bye Bye and Bon Voyage.” On tonight’s season 7 premiere episode, Phaedra Parks and Apollo Nida experience an emotionally draining day as he prepares to face his day in court.

On the last episode, top moments from Season 6 of “The Real Housewives of Atlanta” were remembered by hosts Derek J and Miss Lawrence (“Fashion Queens”). Included: the duo also explored Atlanta. Did you watch the last episode? If you missed it we have a full and detailed recap, right here for you.

On tonight’s episode Phaedra Parks and Apollo Nida experience an emotionally draining day as he prepares to face his day in court and receive his sentence from the judge. After returning from a whirlwind vacation, Kenya Moore attempts to pick up the pieces in the aftermath of her dispute with Porsha Williams. Now free of NeNe Leakes, Cynthia Bailey resolves to take both her business and personal life to the next level. NeNe takes a break from Atlanta and heads to Vegas where she is busy rehearsing for “Zumanity,” Cirque du Soleil’s sexy, risqué show. Still glowing from wedding bliss, Kandi Burress begins to wonder if Todd’s laid back parenting style will cause a rift as they prepare for his daughter, Kaela, to come live with them.

Tonight is going to be another great episode of RHOA for sure and you’re not going to want to miss a minute. Tune in at 8Pm EST on Bravo and we’ll be recapping it live right here for you but in the meantime, hit up the comments and let us know your thoughts on the new season 7!

On tonight’s premiere of season 7, we found out what Nene’s been up to since the TV show roles started to dry up for her. Subsequently, she’s been grabbing any role she can and so we saw her preparing for an MC role at the Cirque De Soleil. It’s been of downgrade to what she generally has been trying out for but Nene explains her actions by saying she just wants to keep working. She doesn’t want any gaps in her resume.

So that’s what she’s doing. And over at Kandi’s house, Kandi has been busy during the break working on her new marriage. The last we saw of her, she and Todd has gotten married and were supposed to be sailing away into the sunset so to speak. However they chose not to take a honeymoon when they had the chance and now there’s talks about expanding their household.

But not in the way you think. It seems Todd’s daughter Kayla is going to come live with them. The 18 year old is moving to Atlanta and because this going to be the first time she’s lived with her dad – Todd wants to give her as much rules as he cans. He says he wants to give her structure and to do that he doesn’t want there to be a glaring difference in how Kayla and Riley will be raised.

Riley has been pampered for most of her life and now the teenager has her practically her own en suite and mega TV at home. Todd wants to change a little bit of that.

As for Apollo and Phaedra, Phaedra used one trumped up excuse after another to walk out of her marriage. Though she’s not fooling anyone. And Apollo knows that she left him. It’s not like she’s been subtle. She hasn’t showed up back at their house and she never showed up at anytime during his trial. Or even wrote a letter to the judge asking for leniency.

So, in truth, their marriage is all but over. Yet things between them could still be handled much differently if only Phaedra allowed Apollo to see the kids. She has them shut up in a hotel with her and that hasn’t been fair to her husband. When it came time for him to hear his sentencing, he would have liked to at least have seen the boys before possibly going to jail on that day.

It was by sheer luck that judge didn’t ordered detainment on the same day at sentencing. But the extra time Apollo was given – still won’t be spent with his kids. Phaedra and Apollo’s relationship has gotten so bad – even their friends feel like they have to take sides. Apollo has “his boys” of course. And Phaedra has, well she has Kandi.

Kandi understands that her friends had been having issues long before the court trial so she’s not someone holding Phaedra’s reluctance to be by Apollo’s side against her friend. Her husband on the other hand is different. Todd wants to know why Phaedra hasn’t reappeared.

And that’s what most of their “friends” are wondering. Cynthia was shocked when she found out that Phaedra was at the sentencing. She had actually tried to deny what she thought was a rumor until her husband swore that it really did happen.

The Cynthia we had gotten a glimpse of last season is still around. And she’s sticking to her guns about demanding respect from others. She hasn’t reached out to Nene and from what she’s told Kenya – everything appears to have improved since she ended her toxic friendship. Her marriage is better and Peter has even let her in on his business dealings.

It’s almost as if he’s prepared to finally treat her as an equal partner now!

Though Cynthia still doesn’t have a great track record for friends. She’s one of the few people talking to Kenya and lately the other woman has become taboo in their set. Coming off of her infamous fight with Porsha during the reunion show, Kenya went on a grand world tour. She started traveling one day and only stopped after a couple of months.

But now that Kenya is back, she seems to have taken an ugly view about her fight. Apparently, it had hurt her when most of the ladies ran over to see how Porsha afterwards when it was Porsha that attacked her. So she’s had a bit of an eye-opener.

And, in the meantime, Porsha has tried to put all the ugliness behind her. She hasn’t talked about Kenya because she says that’s inviting negativity. All she has been doing is focusing on her work.

As for Apollo and Phaedra, they did get to see each other but their reunion was anything but pleasant. He was angry at her for not being at the courtroom and she was angry at him for putting her reputation at risk. She’s a lawyer and by not attaching her name to his – there’s still a chance for her to continue working. And she needs to work. Soon, she’ll be a single mother and that means she has to put her kids first.

Even if it ends up costing her her marriage!