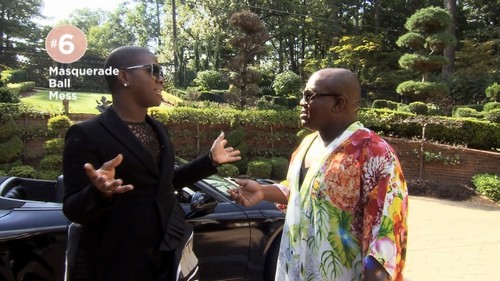 Tonight on Bravo, The Real Housewives of Atlanta Season 7 returns with an all new November 2, season 7 special episode called “Road Trip Countdown to Season 7.” Tonight’s episode is a special episode getting us prepared for the upcoming new season.

On the last episode of The Real Housewives of Atlanta season 6 reunion show the ladies discussed the Porsha Stewart vs. Kenya Moore aftermath. Mama Joyce joined the women to reflect on the drama from this season and where she stood with her opinion of Kandi Burruss and Todd Tucker’s relationship. Cynthia Bailey and NeNe Leakes also hashed out their issues from this season, which lead to an unexpected outcome. Did you watch the last episode? If you missed it we have a full and detailed recap, right here for you.

On tonight’s episode top moments from Season 6 of “The Real Housewives of Atlanta” are remembered by hosts Derek J and Miss Lawrence (“Fashion Queens”). Included: the duo also explore Atlanta.

Highlights from season 6 are reviewed, including:

Kandi’s Mama Drama – All the drama surrounding Kandi’s relationship, wedding and engagement ring. Her mother criticizes her cheap engagement ring and she busts out crying because it was the one she picked out and when she picked it out, she didn’t even know the price. When Kandi is fitting for a wedding dress, Mama Joyce says she would be excited if she were to find someone else to marry.

NeNe and Phaedra Parks in Athens – The moment when Chuck announces to Phaedra in the car that they were never an item saying they were the original friends with benefits and that he had other chicks on the side while seeing her. NeNe stays mostly silent, except to ask for him to confirm that the two of them did sleep together.

Masquerade Ball – When Kenya throws a masquerade ball for NeNe’s charity, which goes wrong when NeNe gives a rude impromptu speech. Afterwards, Peter reprimands her for doing this at a charity event.

Love on the Rocks – Phaedra and Apollo’s relationship problems, with Phaedra trying to blame a lot on Kenya, who was labeled a whore and a homewrecker after Phaedra sees them appearing to flirt in Mexico.

Housewives Reunion – The reunion at the Biltmore Hotel, at which Porsha attacks Kenya after Kenya called her relationship a PR stunt and her her husband’s beard earlier in the season.