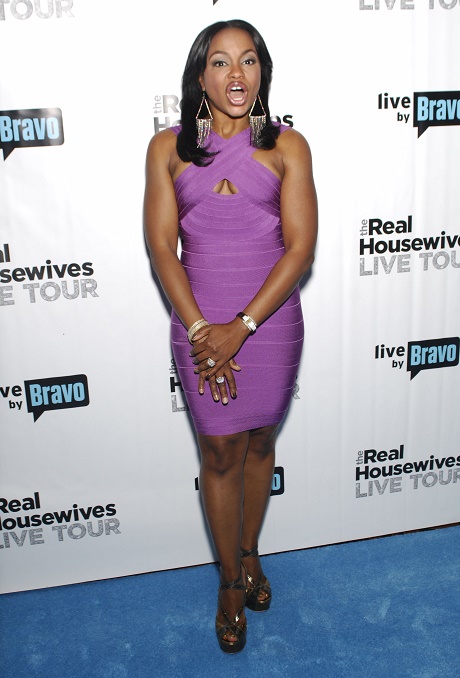 Phaedra Parks of Real Housewives of Atlanta may have been able to avoid giving up the dirt on Apollo Nida’s illegal activities and what she knew about them before — but that isn’t the case anymore. Parks’ estranged husband is currently serving eight years in prison after being convicted of fraud in a massive money fraud scheme. Many believed Parks, an attorney, knew all about her husband’s illegal activities. In fact, author Angela Stanton wrote a book about the case, suggesting Parks was very aware of what her husband was doing all along.

Parks, as TMZ reports, will be grilled by Stanton’s attorneys in an upcoming deposition. Parks sued Stanton for defamation and was already deposed once in the case but will now have to sit for a second deposition — and this one will not be fun for the reality television star.

A judge has recently ordered Parks to sit for a second deposition and answer the questions about her ex’s activities in which she was able to dodge before. Stanton’s attorneys argued that they needed the information about Parks’ awareness and involvement in crimes committed by Nida in order to build their defense in the defamation suit.