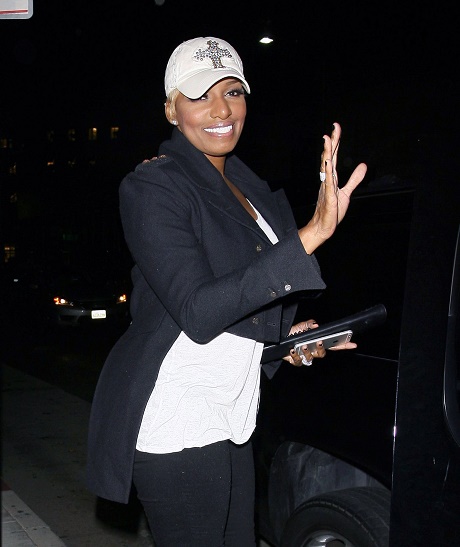 Real Housewives of Atlanta Season 7 spoilers cast news revealed that Nene Leakes is returning to the Bravo reality TV series. The announcement actually came as a shock to RHOA fans, seeing as how rumors of Nene quitting the show had been running rampant on the internet ever since the Season 6 finale and reunion show. Last week on Twitter, the Real Housewives of Atlanta cast members flooded social media with pictures of them boarding an airplane and travelling on a group vacation while filming Season 7 – but Nene Leakes did not tag along.

Rumor has it that Real Housewives of Atlanta matriarch Nene Leakes has quit the Bravo reality TV show on Twitter, and completely jumped ship on her fellow cast mates. It’s no secret that Nene is over the RHOA, and wants to move on to bigger and better. She recently landed a major role in the Broadway production Cinderella, and is replacing Sherri Shepard as the “Wicked Step-Mother.” So, while the rest of the Real Housewives of Atlanta cast was shooting their Season 7 vacation episode, Nene Leakes was in New York City prepping for her new role.

As if the fact that Nene skipped out on the group trip wasn’t enough of a clue that she was quitting Real Housewives of Atlanta, what she posted on Twitter made it painfully obvious. While the RHOA cast was posting pictures of them on the plane headed to their Season 7 getaway, Nene threw some major shade at them via cryptic tweets. Nene tweeted, “Growth is a beautiful thing! Know when to get off a sinking ship.” Then she followed up with, “Removin URself from situations that cause u 2 cope n unhealthy ways is the first step n realizin U r worth it! #motivationalmonday.”

It doesn’t take a rocket scientist to determine that the sinking ship Nene is referring to is Real Housewives of Atlanta. We would be majorly shocked if Nene hasn’t quit RHOA, and demoted herself to “friend” instead of cast member. What do you think RHOA fans? Will Nene Leakes appear in all of RHOA Season 7, or has she already quit and jumped off the sinking ship? Let us know what you think in the comments below! Keep checking CDL for more RHOA spoilers and news!