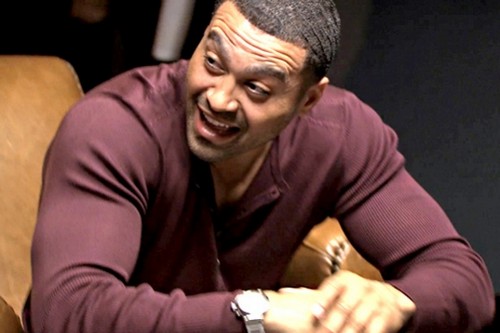 There is so much craziness happening right now on The Real Housewives of Atlanta that it’s almost tough to keep track of who is fighting and all of the reasons why! The show is back tonight with an episode called, “Husbands Revealed.” On tonight’s episode Atlanta husbands Gregg, Peter, Apollo and Todd sound off about their lives with their wives. Included: Their efforts to please their ladies.

On last week’s episode of real housewives The network will air a “Secrets Revealed” special, which featured NeNe dining with one of her Glee co-stars, unseen footage of Kandi and Momma Joyce was shown, and more of the aftermath from the couples Pillow Talk night.  Did you watch last week’s episode?  If you missed it we have a full and detailed recap, right here for you.

On tonight’s episode the network will air a “Husbands Revealed” special, which will feature the Atlanta husbands Gregg, Peter, Apollo and Todd get to have their turn to speak about their lives with their wives; they even bring up the topic of how they please their ladies and get through the day.

For some unknown reason the men from The Real Housewives of Atlanta have chosen to come together to discuss the last season from their point of view. And though it’ll be interesting to see – the wisest thing they should have done was to remain silent because their wives surely won’t be pleased to hear what they have to say.

Apollo arrived for the guys’ night in a mood. He showed up in sunglasses and when his “friends” asked him about it – he then told them he was in a fight. Apollo doesn’t have bruises from it, but it was in fact a very ugly argument he had with his wife, Phaedra. According to him, she woke him out of his sleep to yell at him. It seems she’s been rehashing a lot of things that went on with Kenya and she slapped him out of his sleep to blame him for their marital problems.

Apollo told the guys that they’ve been in couples’ therapy for a while because of these type of fights. And surprisingly his friends blame him for the slow breakdown of his marriage.

They had warned him not to speak to Kenya alone (when they were in Mexico) and he had ignored them. So now they’re advising him to focus on his wife and lock that down. Reassure Phaedra! Let her know that she’s the most important. For far too long he’s let this situation with Kenya drag and in order to get his family back – he needs to put an end to whatever flirtation still remains.

Apollo admits that he might have let this problem get out of hand due to his other problems with his wife. He’s begun to feel like Phaedra boss him around as if he was another one of her children. And he didn’t like feeling that emasculated. And to be fair, most of the guys have been in that position before.

Peter like Apollo has felt just less than his wife. He felt that his role as the husband was to take care of his wife and that’s hasn’t always been the case in their marriage. There have been times when Peter has failed to provide and what made it worse was that his wife was more settled than he was.

Todd can understand Peter’s point view. Kandi is well off and sometimes he’s worried about how their marriage will work. He doesn’t want to be his wife’s toyboy and yet when he does go out to work – Kandi complains about the jobs taking him frequently away her. Then when he chooses to stick around – all people have to say is that he’s living off of his future wife.

So it’s hard being the supportive man, but it can be done. Just look at Gregg. He willing admits that he makes sure to hold down the homefront while Nene goes out to work. He does the cooking and is the one looking out for his son. Speaking of said son, Gregg has been noticing that his teenager has taken more of an interest in girls lately and he wanted to ask the guys how to handle it.

Well, Pete’s stepdaughter had been dating a boy from school and Todd says that his own stepdaughter is the same way. They don’t like the fact that the kids are dating at such a young age, but mostly leave that to be handled by their wives. They’ll step to give an opinion or in Peter’s case – put the fear of God in the boy. Otherwise it’s the wives’ territory and so the men with the daughters warn the men with sons that their sons won’t be liked.

Apollo’s situation on the other hand could possibly cause him not to be there when his kids do hit puberty. The guys had come right out to ask him about his legal troubles and after Apollo got their assurances that they’ll continue to be his boys – he told them that he might go back to jail.

He had tried to downplay it, but as it is now; Apollo hypothetical jail time could have been because he wanted to be on the same level as Phaedra. He told the guys about the time he bought her a car as a surprise gift. Phaedra hadn’t appreciated it so she returned it only to buy a car for herself.

That had hurt Apollo and so the guys asked if he ever confronted Phaedra on why she didn’t like the car. He assumed it was because he bought it and the guys told him that he should have gotten answers. How will he know what he’s doing is wrong if he never gets answers.

All the guys have to deal with their own shares of headaches. Mostly it’s from their in-laws though. Mama Joyce has made Todd feel so incompetent sometimes and the only person that can get him is Peter. It doesn’t matter that they treat their ladies like queens – everyone is bound to have a certain view and boy do they these people love to voice it. Even Apollo gets messages off of social media from complete strangers that he wishes would stop.

One of those times, Kandi had passed on a message someone had sent. Apollo hadn’t liked that and Todd called it “female bull****”. Their ladies are close, but that doesn’t mean they should interfere with someone else’s marriage.

Yet all the guys feel like there is something that should be discussed and that’s exes. No one wants to run into their wife’s ex and Apollo was pissed that Phaedra hadn’t told him about Chuck. The men had run into each other and had spoken to one another – all the while Apollo believes this man is thinking “I did your wife”.

No one is cool with that and frankly all the guys feel like Chuck took things too far when he told Phaedra that she was nothing more than a piece on the side.

After all these confessions, Todd called a halt. He’s getting married soon so he asked the guys to move the discussion towards lighter subjects. Like sex and having a laugh. He wants an impromptu bachelor party and the other guys feel like “why not”. Talking about their issues had begun to feel like therapy.

I don’t know about you, but I feel like the guys were at times too open with what they were willing to discuss. Should the men have sat down for this or should they have left the gossiping to their wives?