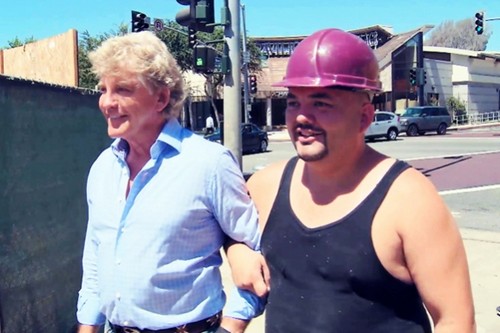 The Real Housewives of Beverly Hill‘s returns to Bravo tonight for a new episode called, “Secrets Revealed.”  On it, reviously unseen footage from Season 4 is featured. Included: Kim gives Brandi acting lessons; Lisa and Joyce connect over dinner; Kim receives tips about plumping her lips; and Kyle gets a tutorial on how to be a TV presenter.

On last week’s episode it was the conclusion of the dramatic three-part reunion show, Lisa is in the hot seat as Yolanda, Brandi, and Kyle all discuss the problems they’ve had with her while, at the same time, hope for some resolution. The husbands join the fray and Ken tells a teary Brandi that he may never be able to accept her back into his life. Or can he?  Did you watch last week’s episode?  If you missed it we have a full and detailed recap, right here.

On tonight’s episode Never-before-seen moments from Season 4 are revealed, as Kim teaches Brandi how to act in a TV movie, Lisa and Joyce bond over a candid dinner with their husbands, Kim receives advice about how to plump her lips from an old friend, and Kyle learns how to be a TV presenter.

In Secrets Revealed, the Andy shows the audience and even the ladies never before seen footage. As an example there was a lot more laughs than most of us even realized.

Brandi was offered a part in a TV movie and she had asked Kim for help. So of course Kim said yes and when these two got together then they couldn’t help being anything other than funny. They joked around and laughed a lot, but the truly hilarious part came when Brandi introduced Kim to her stripper pole.

And the pairing up didn’t end with them. Lisa did the same with Joyce and their husbands. Although their conversation verged on the much more stimulating topic of sex and genitals. As we can tell by now that’s a favorite topic for Joyce and she does love to say the word “pe pe” over and over again.

It seems she again mentioned her husband’s size, but Lisa held back from saying her funny quip (that she ended up saying in her confessional) to Joyce’s face. She wondered aloud whether Joyce actually understand what large is because the other woman once joked that if she had a tummy tuck then her husband wouldn’t fit so Lisa thinks Joyce might be seeing things bigger than they actual are.

However it wasn’t all jokes and there was little “scenes” between the cast that were missing. Like when Yolanda’s husband called the ladies clowns in an interview.

The ladies felt insulted afterwards. Lisa and Kyle didn’t understand why David would say that and Yolanda was pushed into defending her own husband. So she started off by saying that it was really her joke and she hadn’t meant it to be hurtful.

It’s just that’s she felt they had to laugh at their situations on the show and to a certain degree – Brandi agreed with her. Brandi admitted that sometimes they do act like clowns and they knew how they were going to be portrayed like that the moment they signed on for the show.

In this past year, Brandi has been there plenty of times for Yolanda. She was there when Yolanda became a citizen. Which is a big deal especially when you take in the fact that Lisa chose to skip the happy event.

And in return for Brandi’s support, Yolanda even helped arranged her new house. She placed all the furniture and then had surprised Brandi with a fully decorated home. So at least these two never wavered in their friendship.

Though at one point, Joyce had added some extra (and unneeded) drama to Brandi’s life by accusing of her of showing up drunk to Kim’s daughter’s graduation party. She said the same of Carlton as well but, neither woman was drunk at the time. They were sick and for all her blustering about the two being offensive towards Kim – Kim actually wasn’t that upset that they might have wanted something to drink. She said she felt bad for not thinking about it beforehand.

So you see that’s simply who Kim is. She’s kind of chill and if it isn’t her kids worrying her then it’s the idea of her approaching 50th birthday.

Kim though about getting work done on her face and all the ladies warned her not to go through with it. So she went to unbiased third party and Taylor was all for the idea. She knows what the procedure requires and didn’t think it was a big deal. But her explanation of being awake during a lip implant had scared Kim to the point that she began re-thinking the whole surgery idea.

Kim is a character and that had even helped her bond with both Joyce and Carlton (that time with squirrel). And the only other person able to say that is Lisa. Say what you like about her, but she was adult enough to give them each a chance instead of writing them off from the beginning.

Plus who knew that Lisa became ordained minister. She wanted to be able to perform marriages for any one of her friends that needed it and its only now at the very end of the show that we hear about it.

So excuse me, but doesn’t it look like the editing crew cut off more than they should have?