The Real Housewives of New Jersey LIVE RECAP 7/13/14: Season 6 Premiere “What a Difference a Plea Makes” 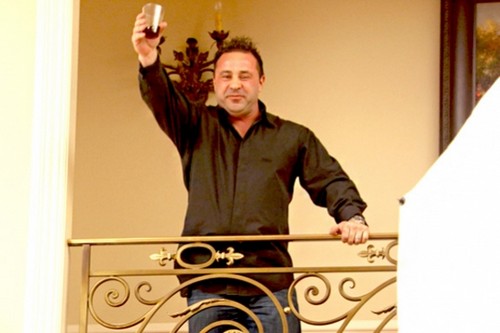 Tonight on BRAVO our favorite Housewife show THE REAL HOUSEWIVES OF NEW JERSEY returns with their season six premiere called, “What a Difference a Plea Makes.” On tonight’s show Teresa Giudice and her husband, Joe, fight to keep their family intact as they embark on a very public legal battle for their freedom.

On last season’s finale on an emotionally charged Reunion Part 2, Teresa and Joe opened up about the indictment charges they were faced with; Rosie candidly shared her experience on the show, and the rest of the ladies discussed their overall sentiments on this season. Did you watch the last season’s finale? If you missed it we have a full and detailed recap, right here for you.

On tonight’s show Teresa Giudice and her husband, Joe, fight to keep their family intact as they embark on a very public legal battle for their freedom. Fortunately, Teresa has support from her sister-in-law, Melissa Gorga, after resolving a long time family feud, and veteran housewife Dina Manzo, Teresa’s oldest friend who is dealing with a public divorce. Joining in the chaos is Melissa’s longtime friend Amber Marchese, a breast cancer survivor, as well as identical twin sisters, Nicole Napolitano and Teresa Aprea. Sparks fly almost immediately when everyone gets together for a Harvest Party as Amber confronts Melissa about not being there for her when she had cancer.

Since making peace in the family last season, Teresa and Melissa have both strived to keep up and maintain the supportive relationship they used to have before the show. And, surprisingly, it’s Teresa and her husband’s court case that brought the family firmly together.

Sure, they had made peace but hearing someone else’s troubles like a mother getting very close to going to jail and be separated from her children – has managed to bridge the gap that no therapy and/or fighting it out could have ever filled. So Teresa welcomes Melissa’s calls because she knows she needs all the friends she can get.

Dina Manzo’s return couldn’t have been planned better. She returned to the show just when Teresa needed her most. Like the situation with her sister-in-law, there have been a few issues with Dina as well, but they’ve both put the past behind them. Now all Dina wants to do is try to be there for her friend and hopefully get her mind off of the court case.

Dina and Teresa were invited by Melissa to an old friend of hers’ upcoming party. Amber Marchese is a new housewife this season and once upon time she used to be really close with Melissa. Then Melissa got married and according to Amber – her friend promptly disappeared the moment a ring was put on her finger. So she thinks this party could be a way for them to reconnect.

However Amber has some underlying issues with Melissa. She hadn’t approved when Melissa (again in her words) married money rather than go on to pursue higher education and career like she did and she was upset that Melissa never reached out when she had cancer.

Amber’s new friends are also the new housewives joining this season. The twins, Teresa and Nicole, are more laid back than Amber. They’re both mothers and each have been divorced. But Teresa went on to remarry her ex-husband while Nicole has gone on to date. Much like Dina, Nicole’s a hopeless romantic.

Yet Nicole has done something about it. She’s dating and enjoying the single life. Meanwhile Dina merely complains about possibly dying alone with her cats.

Amber’s party started off well enough. Although Nicole had invited a lot more people than Amber felt comfortable with. But all in all it was going well then Teresa and Dina showed up for the party. Their entrance started a feeding frenzy. People instantly began to talk about the infamous Teresa Giudice.

It was obvious. The truth is no one was trying to hide their staring and whispers were a bit too loud. Yet Teresa never let it get to her. She walked in and started greeting people like nothing was out of the ordinary. And so she and Dina made a few new friends. They both like the twins. Dina feels like she can relate to Nicole and Teresa thinks they twins are like how she used to be – happy and carefree.

The only friendship that’s not starting off seamlessly is the one between Amber and Melissa. Amber wanted to bury the hatchet between them and so she thought it would be a good idea to clear the air. That’s why she asked Melissa how come she never heard from her during the cancer treatment. And Melissa responded that she never heard about Amber had cancer.

Amber finds that to be a little unbelievable especially as she claims she got a Facebook message from Melissa saying “she’ll be there for Amber no matter what”. That and the fact they share mutual friends makes Amber think Melissa is lying though she tells Melissa she’s willing to put it behind them.

As for Melissa, she’s feeling accused. She came to the party excited about seeing Amber again and after their talk she’s wondering if that friendship is even worth starting over.

Later Teresa and Joe had a family celebration. His grandmother was turning 80 and in honor of such an occasion they brought everyone together for a family portrait. But Joe and their eldest daughter got emotional. Father and daughter were in tears and most likely thinking the same thing – this could be the last time they’re all together. Unfortunately, this turned out to be true.