The Real Housewives of New Jersey Live Recap: Season 6 Episode 5 “One Flew Over the Chicken’s Nest” 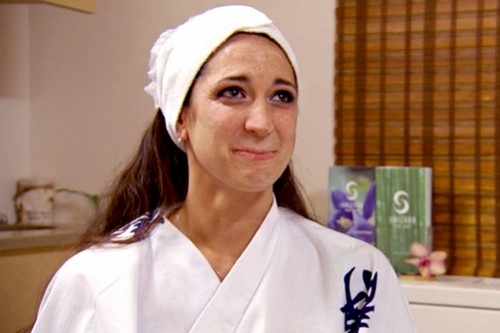 Tonight on BRAVO our favorite Housewife show THE REAL HOUSEWIVES OF NEW JERSEY returns with the fifth episode of season six called, “One Flew Over the Chicken’s Nest.” On tonight’s show tempers are still fiery as the first responders party comes to a dramatic conclusion. Amber’s husband Jim goes on the offensive with Teresa Aprea, while Nicole demands loyalty from her boyfriend Bobby.

On the last episode Nicole and her firefighter boyfriend, Bobby, decided to throw a “First Responders” themed costume party together. The party kicked off hot and heavy as Dina found a hunky young man she may be was interested in. But soon enough, the “First Responders Party” turned into a five-alarm fire when Nicole confronted Amber about the rumor she’s been spreading. Did you watch the last episode? If you missed it we have a full and detailed recap, right here for you.

On tonight’s show Tempers are still fiery as the first responders party comes to a dramatic conclusion. Amber’s husband Jim goes on the offensive with Teresa Aprea, while Nicole demands loyalty from her boyfriend Bobby. Dina tries to warm up to a new man in her life, but her feelings towards her ex still flicker within. Melissa and Amber have a sitdown to hash out just who started the rumor heard round the Jersey grapevine.

Tonight’s episode picks up with the tail end of the first responder’s party which has turned into a total free for all. Nicole was ticked off because she was told that Amber accused her of breaking up a family and went after her physically. Amber’s weaves ended up on the floor before her husband Jim could get her even close to the door. As Jim started explaining to the guys what had happened Joe Gorga and Joe Giudice got in his face. Jim had previously said that because he is a mortgage attorney he has no interest in aligning himself with the criminalistic Giudice’s. Needless to say that didn’t sit well with this crew.

Joe Gorga was gunning for Jim while both Teresa and Melissa half-heartedly tried to break it up. Meanwhile Bobby wasn’t supporting Nicole’s running her mouth and they were both battling too. Let’s flash ahead to Dina’s first date with Matt. He arranges to meet her in the city and it looks like he’s about to stand her up when he strolls in through the door. Matt claims that he had a flat tire but seems to charm her.

Bobby has been best friends with Jimmy forever and so he heads to their house to discuss the disastrous party. Now that they are on camera Jim is insisting that Bobby makes fun of Nicole- her make up and clothes- something that stuns him. Bobby leaves believing that Jim and Amber are just “bad” now.

Joe Giudice has introduced his girls to raising chickens and Rosie tags along. Melania is getting a lesson on caring for them while Rosie steals a moment to talk to Joe and offer up support. It’s pretty funny when the chicken handler is introduced to Rosie but can’t quite get her name right. After calling her Jody she settles on Brody instead and it’s hilarious that Rosie doesn’t even try to correct her.

Amber decided to reach out to potential allies and invites Teresa and Dina to a day spa to talk. Amber claims that Jim is apologizing for his behavior but his little confessional interviews have had no hint of it. The girls then all settle into a long conversation about how much of an ice queen Melissa is. Teresa suggests that she work on getting to a better place with Melissa and Amber actually says that if Jesus forgives she can too.

Dina’s daughter Lexy is headed off to college and they decide to get matching tattoos because they are best friends. Meanwhile, Bobby takes Nicole to the firing range to blow off some steam and she loves it there. She thinks firing guns is like the best thing next to maybe shopping.  Amber decides to take Teresa’s advice and meet with Melissa . Amber tells Melissa she will never talk to the twins again and Melissa corners her as a liar and the aggressor.  It seems like Amber fights with everyone in her path and that her way of communicating is picking a fight and playing the victim. Amber tries to say that Melissa feels guilty for opening her mouth and starting the huge fight. Melissa simply wants to know what Amber’s agenda is and Amber calls her tainted. Tune in next week for more RHONJ.