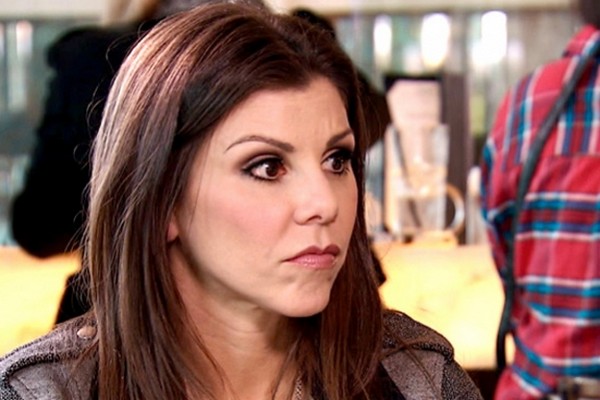 On the last episode when Lizzie invited the women to a dinner party at her family’s beach house, tensions were high as Shannon and Heather came face-to-face for the first time since Heather kicked Shannon out of her house. Vicki brought Brooks to the party in hopes for a clean slate for him and Tamra. After a fiery show on the beach, tempers flared once again when a big accusation was made. Did you watch the last episode? If you missed it we have a full and detailed recap, right here for you.

On tonight’s episode Lizzie’s dinner party continues where tensions between Shannon and Heather reach a boiling point, leaving the ladies to pick sides. Later, Vicki and Briana see a therapist to face the “Brooks issue” once and for all. Meanwhile, Tamra is shocked when Ryan gives his two week notice from the gym, but is blindsided during a family dinner where Ryan and his new girlfriend, Sarah, drop a bomb that leaves Tamra in tears.

Tonight’s episode picks up smack in the middle of Shannon’s meltdown at Lizzie’s party. I get that this chick is going through a really rough patch in her life because her marriage is a mess but she comes across as totally nuts. Like, off the rails screaming loon. She keeps saying that this isn’t how she normally acts and yet this is all that she keeps showing us. She is trying to insist that Heather threw her out of her house and screamed at her. The problem is that Bravo’s footage of that moment isn’t exactly like that. Sure Heather asked her to leave after Shannon got heated, but she never yelled. Eventually Shannon and David leave the party.

The next day Tamra, Heather and Danielle go to lunch to rehash the party. They all agree that she needs mental help and they contemplate a girls trip. The problem is that if she goes nuts then they are stuck with crazy. One thing that has changed this season is Brooks. He actually seems to be one of the calmest, most grounded people on the show. I’m starting to understand why Vicki is still with him. They are contemplating moving in together in the coming months.

Shannon decides that she’s not going to give anyone the power to upset her as much as she has been lately. Lizzie calls her to check in and of course Shannon starts with the Heather character assassination. Lizzie tells her that she’s not taking sides but she wants to be supportive.  Meanwhile Tamra’s life is crumbling. Ryan’s lease is almost up and he has decided to go and move up north with his new girlfriend. He’s 28 years old and wants to have a life with this woman. Tamra is freaking out but she has no control over his life anymore.

Vicki and Briana sit down with a counselor to try and hash out their multitude of differences. They take turns blaming each other and Briana feels like her whole life has been about pleasing her mom. At the root of everything they care about each other and worry for each other. Speaking of worrying, Tamra invites Sarah, Ryan’s new girlfriend over for dinner. It’s a rollercoaster ride of a meal. It goes from friendly and introductions to Tamra finding out that after two months of dating they are getting married. Not just that, but they have picked a venue and set a date. Tamra goes from getting herself a drink to totally losing her mind at the table- screaming that they can’t do this to her and plan a wedding without her. Eddie tells Tamra it’s time to call it a night and she says goodbye to everyone. Tune in next week for more of The Real Housewive’s of Orange County!