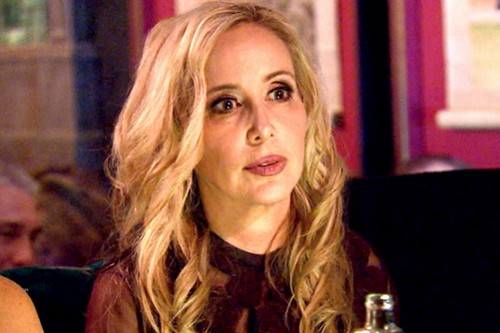 The Real Housewives of Orange County returns to Bravo tonight. On tonight’s episode called, “Valentines and Birthday Whines,” Lizzie has a rough birthday, while Tamra and Shannon struggle with inviting Shannon on their trip to Bali.

On the last episode Lizzie’s dinner party continued where tensions between Shannon and Heather reached a boiling point, leaving the ladies to pick sides. Later, Vicki and Briana saw a therapist to face the “Brooks issue” once and for all. Meanwhile, Tamra was shocked when Ryan gave his two week notice from the gym, but was blindsided during a family dinner where Ryan and his new girlfriend, Sarah, dropped a bomb that left Tamra in tears.  Did you watch last week’s episode?  If you missed it we have a full and detailed recap, right here for you.

On tonight’s episode Heather and Tamra decide to take a girls trip to Bali, but they struggle with whether they should extend an olive branch to Shannon. Meanwhile, Lizzie has one of the worst birthdays ever. Later, love is in the air when Heather throws a spectacular Valentine’s Day dinner party with sexy games and shenanigans.

Is it just me or has RHOC turned into the Shannon show? Lizzie thinks that she is just desperate for someone to trust but from here it looks like she loves to create drama with nearly everyone while crying victim. Meanwhile Heather is planning a Valentine’s Day party minus Shannon, David Vicki and Brooks who all conveniently can’t come. Heather is kind of glad though because it’ll mean that her party is much more likely to end without a gut level meltdown.

Poor Lizzie rented a party limo for her birthday and both Shannon and Tamra flaked on her. Ironically Vicki is the only other Housewife that showed up and in the past she had made fun of Lizzie. It’ll be interesting to watch these two bond. Lizzie says she has a lot of fun with Tamra but Vicki warns her. I guess if only one person shows you kind of want it to be Vicki because at least she’s a party girl. Lizzie, Christian, Vicki and Brooks go from the empty but to a huge empty dinner table and the 4 bond really well.

Tanra and Heather sit down for a talk and Tamra admits that she is hating her own business. It means that she has never had a honeymoon and all that Eddie does is stress over money. Meanwhile Heather can’t get Terry to take time out for an anniversary trip. The ladies debate about taking a trip together and leaving the guys behind.

Shannon’s daughter Sophie is leaving for an overseas trip with David and she is going overboard packing for the both of them. She also goes to dinner with David and nitpicks his dinner. How dare he have a potato every single night? He says in Michigan they eat meat and a potatoe with every meal like normal people.

Heather’s Valentine’s Day party at the St. Regis is stunning. Heather has her typical whacked at party games planned. While Lizzie is talking to Tamra she tells her that Vicki informed her that she didn’t want to come to her party. Tamra is ticked off that Lizzie doesn’t believe that she had a sick kid. Heather loves Lizzie’s directness but wishes it didn’t happen in the first few minutes of her party. The couples sit down to dinner and discuss Tamra and Vicki’s planned trip to Bali. Lizzie thinks that if Shannon goes too she will break in order to have a cleansing moment. Heather now hopes that Shannon will go so that they can work it out.

Heather has a tree full of questions that are a little bit dirty. We learn that Tamra is probably the biggest freak at the table. Heather is thrilled to just be hanging out with her friends and laughing. As everyone else bonds we watch Shannon sending her daughter and husband off to Italy together. Afterward Shannon meets Tamra, Heather and Vicki together and they invite her on the trip to Bali. She wonders if she’s walking into an ambush. Heather explains to Shannon that Hindu’s in Bali believe in cycles and reincarnation and they would like to start a new cycle. Shannon agrees to go one the girls trip. Maybe there is hope for them to move forward- or not. Tune in next week for a new episode of RHOC!