The View Fires Its Entire Cast: Sherri Shepherd And Jenny McCarthy Out, Whoopi Goldberg The Only One Left Standing! 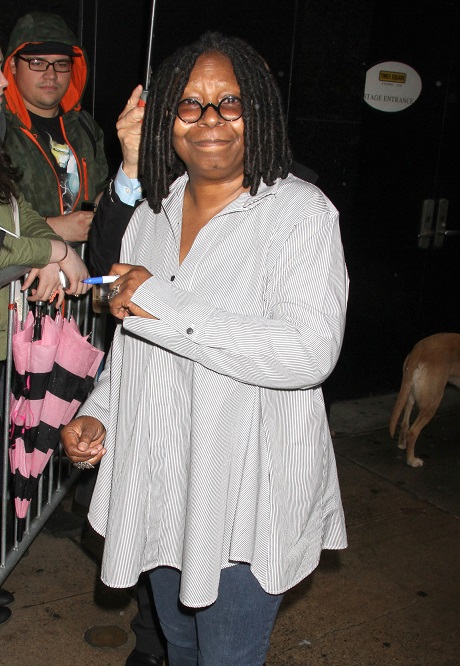 In some (maybe) not-so-shocking news, the people over at The View have finally realized the panel of women they have on the popular morning show just isn’t working out. As soon as Jenny McCarthy jumped into the mix, the show’s chemistry got all sorts of messed up, perhaps causing the show executives to reevaluate the state of the long running talk show — whose glue had always been Barbara Walters.

According to TMZ, the show has undergone a “firing massacre,” saying there was “a meeting at ABC late Thursday afternoon and they announced Sherri Shepherd was out.  We’ve also heard but have not confirmed Jenny McCarthy and executive producer Bill Geddie may be gone too.”

Now, apparently, Whoopi Goldberg is the only cast member whose job is currently safe — but maybe she shouldn’t be getting cozy either. Because it seems as if the head honchos at the network are willing and eager to make whatever changes they deem necessary. Barbara Walters is scheduled to be on the show Friday and, while they probably won’t address any of these rumors, it’ll certainly be interesting to check out the team dynamic on the upcoming episode.

What do you make of this massive firing? Supposedly, Ross Matthews and Jesse Palmer are in talks to claim a role on the panel; however, that’s all rumor and in no way solid information. Leave your thoughts in the comments section below. Would you be glad to see an entirely new lineup of morning hosts?