The Voice Night 4 of The Battles Recap: Season 7 Episode 9 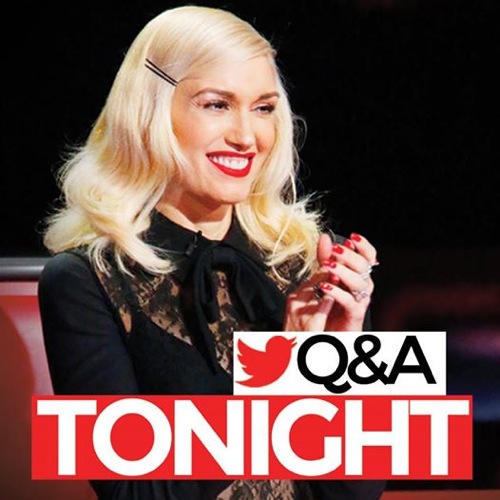 On the last episode the “battle rounds” continued and we saw more contestants face off against each other to get a spot on their coach’s team. One of the duo’s that caught a lof of attention was team Adam’s Ethan Butler and Matt McAndrew. They sang “Yellow” by Coldplay, Adam loved the song with a passion; Matt and Ethan were both big fans of the song as well. Stevie loved Ethan’s beautiful choir voice, though Matt had a compassionate voice that could make you cry. Adam really liked them and felt they were going to kill it, Stevie believed they were the dream team. Did you watch the last episode? If you missed it, we have a full and detailed recap right here for you.

On tonight’s episode the “battle rounds” continue and we see more contestants face off against each other to get a spot on their coach’s team.

Tonight’s season 7 episode 9 is going to be exciting. We’ll be blogging it right here for you. In the meantime hit up the comments section and tell us your thoughts on season 7 of The Voice and the two new judges, Pharrell Williams and Gwen Stefani.

The last pairing for Pharrell tonight is Brittany Butler and Ricky Manning, we get a recap of what they did in the blind auditions to get them where they are right now on the show. The two were very amazed to see Alicia Keys, Pharrell says they both have very unique sounds and knows they can really make it their own, Alicia thinks they have to add a little style to their performance; though Ricky believes he can relate to the song perfectly. At the last rehearsal they both did pretty well, though Ricky looked very uncomfortable still. The pair are singing the song, “On Broadway”.

Gwen says that they both had such strong character personalities on stage, she really liked Brittany and her beautiful voice. Adam thinks Brittany was great and saw Ricky saw a vast improvement from what he last heard. Blake really likes how Brittany approaches the song, though he really likes Ricky a lot. Pharrell says they both listened to what he said about opening up, he decides that the winner of the battle is Ricky.

Next up is Reagan James and Kensington Moore; they could not believe they got to see Little Big Town. Blake believes they have a lot of style and paired them up because of that; he wants to know who is the best of the two. Kensington needs to really make a plan and stick to it, she keeps changing too much. At a rehearsal Kensington wasn’t able to make it; so it’s just Reagan and Blake is very worried about this. Though Kensington is at the last one and Blake is surprised that she is so good. The girls are singing the song, “Team”

Pharrell had no idea that was going to happen, Gwen says that Reagan’s voice was even better tonight; though Kensington has great dynamics. Adam says that Kensington’s voice cuts, though Reagan is like a popstar already; he loved both of them. Blake says they both have such a hunger to improve and believes the winner of the battle is Reagan. Kensington thanks Blake for such an amazing opprotunity and is happy to have had this experience.

Next up is Beth Spangler and Mia Pfirman, we get a look at their blind auditions and see how Adam won these girls over to join his team. Beth was so shocked to see Stevie and to learn from a legend like her is unbelievable; Adam gives them both a big challenge. He gives them the song “I Turn To You” by Christina Aguilera. Adam really wants to see who shines through it the most, Adam believes they have to hold back a bit more; they’re kind of going a little overboard with the vocals. At the final rehearsal the girls have the same problem, but knows they can over come it and will be able to kill tonight.

Blake says they were a couple of divas, he loves their voices but would go with Mia. Pharrell says it was a good pairing and would pick Beth, Gwen felt this song was suited for Mia but Beth really surprised her so much with her notes. Adam says that anytime you sing a song this tough it’s scary, but they really delivered it beautifully. The winner of the battle is Mia. Beth thanks Adam for teaching her so much and goes to walk off, but Gwen goes ahead and hits her button to steal her.