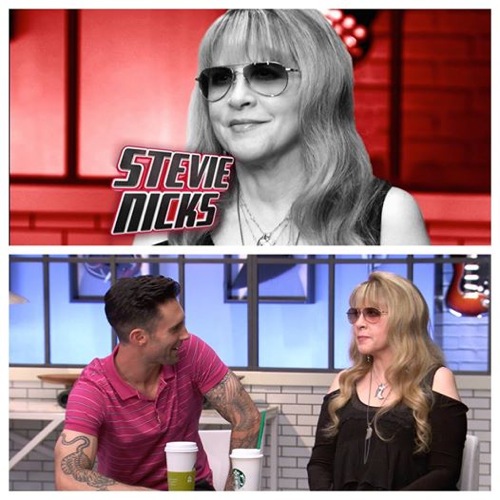 On the last episode it was a recap of all the best performances during the blind auditions. Did you watch the episode? If you missed it we have a full and detailed recap, right here for you.

On tonight’s episode the “battle rounds” begin and the coaches enlist the help of the music industry’s top recording artists to offer their knowledge and skills as advisers. Adam Levine teams up with Stevie Nicks, Blake Shelton with Little Big Town, Pharrell Williams with Alicia Keys and Gwen Stefani with husband Gavin Rossdale. In this phase, the coaches pit two of their own team members against each other in a dueling duet. After the vocal face-off, each coach must choose which artist from their team is the strongest, and has the option of stealing losing artists from an opposing coach. Each coach has two steals during the battle rounds where their artists will proceed to the new knockout rounds. Carson Daly (“Last Call with Carson Daly”) hosts.

Tonight’s season 7 episode 7 is going to be exciting. We’ll be blogging it right here for you. In the meantime hit up the comments section and tell us your thoughts on season 7 of The Voice and the two new judges, Pharrell Williams and Gwen Stefani.

First up tonight is team Pharrel’s Ely Juh Rene and Maiya Sykes, we get a look at their audition performances recapping their talent; With Pharrel is Alicia Keys and he talks about how he is very confident with his team. Ely Juh screams right when he sees Alicia Keys, she is his favorite female artist of all time. Alicia was very impressed by Maiya, knowing she has so much more to give. Alicia and Pharrel really like Ely Juh’s take on the song. At the last rehearsal they have to find a way to get Ely Juh to hit the same note as Maiya, though he struggles a lot with it. They are singing “If I Ain’t Got You” by Alicia Keys.

Gwen says that was unbelievable, they are so different yet they connected so well; she loves that Ely Juh owns the moment and his voice is just so beautiful. Though Maiya’s voice was so powerful that it shot through her, she couldn’t choose. Adam says that he’s covered that song, though he knows they do it better; Ely Juh has a very good qulaity in his voice he’d love to know about. Blake felt like he had a front row seat at an awesome Grammy moment, Maiya’s power is just insane; she is a world class singer. Pharrell says Ely Juh hit the note and was impressed, though loved Maiya’s power. Though Ely Juh is the winner of the battle and moving on.

Maiya thanks Pharrell for his leadership and had a great time, nobody decides to steal her.

Next up is team Adam with his advisor Stevie Nix, she has done tons of duets and really knows she is perfect. Chris Jamison and Jonathan Wyndhum are the artists from his team going against each other, Jonathin was speachless when seeing Stevie. Adam believes they both of a sweetness and vulnerability to their voices that he likes; Adam knows Chris is nervous and he has to really fix it. Adam feels Jonathin really projects too much, now at the final rehearsal Stevie lets Chris know he has to hit those notes harder; though Jonathin has to really hold himself back a bit. The boys are singing “Young Girls”.

Blake says that Jonathan’s voice cuts through, it’s very on point with pitch; though he felt that Chris sung so powerfully and loud. Pharrell, like boths of them but believed Chris killed it. Gwen says that they worked so well together, Chris had such incredible stage presence. Adam loved how Chris really opened up and showed off amazing projection, though believes Jonathan is so fantastic; the winner of the battle is Chris. Jonathan says that Adam has been a role model his entire life and thanks him for such a great experience.

Next up is Jean Kelly and Sugar Joans from team Gwen, we now get a look at the audtion performances of both women to see how they got where they are. Gavin Rossdale who is Gwen’s husband is there to help coach with her, she knows he has a strong opinion that can really help. The girls are singing “Survivor” by Destiny’s Child. The girls have to be a full package, Gwen knows they have the potential and that they are going to master it. At the final rehearsal Jean is way too ahead, she needs to kind of learn how to keep up with the pace.

Adam said that song is so hard to sing, though it was excellent; they both have big potential. Blake loved how they were so happy for each other at the end. Pharrell felt it was such a great performance, they did such an impressive job though Jean was very special. Gwen say it’s true, the song is very hard to sing and only they could have done it; she loved the chemistry. The winner of the battle is Sugar Joans, Gwen loved her natural and effortless voice. Jean thanks Gwen for turning for her, Adam cuts her off and steals her instantly. Pharrell also hits his button to steal her as well, cutting off Adam completely. Adam says there is a break in her voice that he likes a lot, to maybe use it less and it would have been better. Pharrell agress she can work on some things as well, he wants to see her in this till the end and knows she has a voice that makes this show what it is. Jean decides she is joining team Pharrell.

Now it’s team Blake with his advisors Little Big Town, they have won a Grammy and are without a doubt some of the best in country music. Blake’s first pairing is Craig Wayne Boyd and James David Carter, we know get a recap of what they did in their blind auditions. Blake had to pair these two since they are very country and he only needs one of those; Blake knows that James is missing some notes. Though believes Craig has to try to not over sing it, though they are both really neck and neck right now. At the last rehearsal they see James pulling away from the mic too much on notes, Craig has to really work on his break with his voice. They are singing “Wave On Wave”.

Pharrell says that was crazy, he has no idea who too choose; he feels like he knows where both careers would go and it’s really a draw for him. Gwen says she turned for Craig, his voice shined and he looks super confident as if he was truly just performing. Adam believes they achieved doing the song as if they were a duo, it was an amazing performance. Blake says the winner of the battles is James, Craig thanks Blake for the opprotunity to be able to get on stage and perform in front of everyone. At the last second Gwen steals Craig, she knows it may seem like a weird pairing but loves how natural he sounds.

Next up is Amanda Lee Peers and Taylor John Williams from team Gwen, we get a little look at how both artists got to where they are now through their blind auditions. Gwen thinks they are both very alternative and work well together, giving them “White Stripes” by Dolly Parton to sing. Gwen really likes how different and unique both artists are, they go to the last rehearsals; Gavin loves Amanda’s voice and knows her voice is just really haunting. Gwen feels there is no connectoin between them, they have to work it better together.

Adam says that is a hard song and was surprised at how beautiful it was, he almost cried not having Taylor on his team and thinks he’s amazing; though he believes how passionate Amanda was in her performance. Pharrell really loved how they worked together, though felt Amanda had some amazing ad-libs; though did love Taylor’s voice. Gwen says the Taylor has a unique sound, though really loved Amanda and it’s so hard to choose. The winner of the battle is Taylor, Amanda thanks Gwen and the coaches for their kind words.

The last pairing of the night is Griffin and Luke Wade, we now see a little recap of both men and what they did in the blind auditions to get themselves to where they are right now. Both guys are kind of struggling on the song, Alicia knows that with some practise they will get it but they have work to do. At the final rehearsal it was flawless but it wasn’t coming across; so they went ahead and made it a little different. Alicia loved this new sound from them both, they were insanely good.

Gwen says that was so amazing, she could not believe how good they both were; it was so even. Adam says he feels like these are both some of the best singers in the competition, he really liked that one note Griffin hit and was hugely impressed. Blake says that was one of the greatest battles they ever had on the show, Blake believes Griffin won that battle. Pharrell is so confused with who to choose now, he can’t believe how much potential both of these men have. Pharrell chooses Luke as the winner, Griffin thanks Pharrell for teaching him so much; Blake steals him right away. Gwen also hits for a steal and loves how much potential he has. Blake mentions how the other coaches sing on the same radio station, while he has his own; Griffin decides he’s going with Blake.