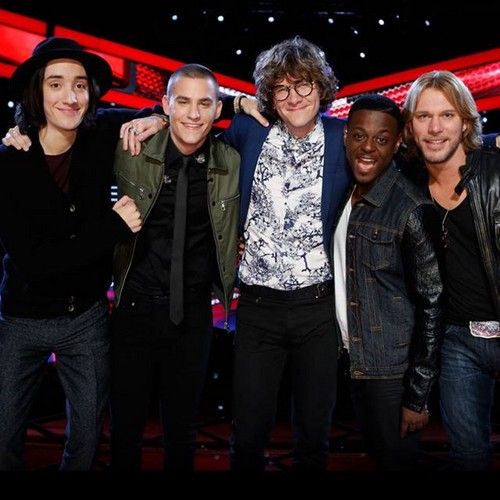 Tonight on NBC the Emmy award winning music competition The Voice continues with an all new Tuesday December 9, season 7 episode 25 called, “Finale Wildcard,” and we have your weekly recap below. On tonight’s episode out of the final five: Craig Wayne Boyd, Taylor John Williams, Damien ,Matt McAndrew and Chris Jamison, three artists advance and a twist is introduced.

On the last episode, the top five artists performed live in front of coaches Adam Levine, Blake Shelton, Gwen Stefani and Pharrell Williams for America’s vote. Carson Daly (“Today Show”) hosted. Did you watch the last episode? If you missed it, we have a full and detailed recap right here for you.

On tonight’s episode as per the NBC synopsis, “three artists advance to the finale.  As a game twist a wild-card twist allows an eliminated vocalist to return to the contest.”  Who do you think will be sent home tonight?

Tonight’s season 7 episode 25 is going to be exciting. We’ll be blogging it right here for you. In the meantime hit up the comments section and tell us your thoughts on season 7 of The Voice and the two new judges, Pharrell Williams and Gwen Stefani.

Now we have Reagan James from team Blake performing on stage as a wildcard, Pharrell says he hopes when she makes her album she picks melodies like that. Blake says that he still is blown away that she is only 16 but acts so professionally on stage and controls it perfectly; it blows his mind and couldn’t believe she went home but it doesn’t mater since she only got better.

Back as well as a wildcard is team Blake’s Jessie Pits, Gwen says that he missed her and loves her; that song brings back so many memories and is perfect for her voice. Blake says that this girl is so important to music, she really deserves this shot.

Next up is team Gwen’s Ryan Sill back for another chance to be in the finals, Adam says that he is a great singer and knew he deserves to be in the finals; he has such a beautiful voice. Blake says that it always amazes him that he never grasps his range; he has such a naturally high voice but his falsetto’s get even crazy. Gwen says she loved it and knows he has a good chance to make it back; she loves him.

Next up is team Gwen’s Anita Antoinette, Adam says that he loves her and she looks amazing. He really loves how confident she is walking up to the stage so confidently. Gwen says that she loves her and that she is so good, she deserves to be in the finals.

Next up is Taylor John Williams trying to save himself a spot in the finals, Blake says he did not see that coming at all; he has a way to make songs his very own and respects it a lot. Pharrell says that he is an artist and feels like he made music in the 70’s, his album will be amazing. Gwen says that Blake said it perfectly, she knows he can make a comeback with how great an artist he is.

Next up is team Adam’s Damien, Pharell says it’s amazing how he can control a song so well and deliver the emotions so well. Adam says that there is one more spot in the finals and he knows it is for Damien, that last spot is well deserved by Damien; no one sings with his passion.

Next up singing for a chance to come back is Sugar Joans, Blake says that her time off has made her even better; she sounds amazing. Pharrell says that she was great and truly missed her so much.

Next up is team Pharell with Luke Wade, Adam says he found himself again and dug deep into his soul; showing us all of it. Blake says that he’d love to see his own team to get the vote but every team is bringing it, he loved how he got lost in that song. Pharrell says his team without a doubt are original and knows they’ll all have bright futures!

Last up tonight is Danica Shirey, Pharrell says he could not be happier to see that she is back; she deserves a place in this competition.

We won’t find out who the forth person who will make it to the finals is until tomorrow morning.  We get a chance to vote tonight on all the wildcard performances and the winner and the forth person moving onto the final round will be announced tomorrow on The Today Show.  Who do you want to get that forth spot?  Hit the comments and let us know.

Update: Damien Lawson was the wildcard spot of The Voice final 4 as was announced this morning on The Today Show! Do you think Damien might pull off a victory and win this seasons The Voice? Who do you think will emerge victorious? 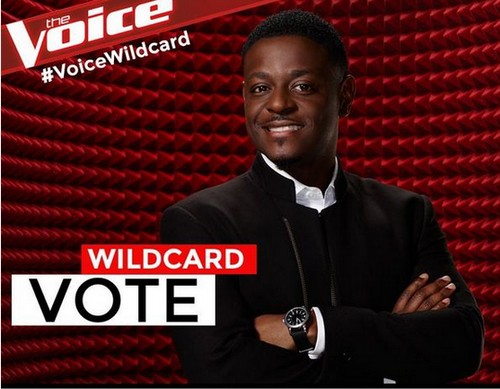