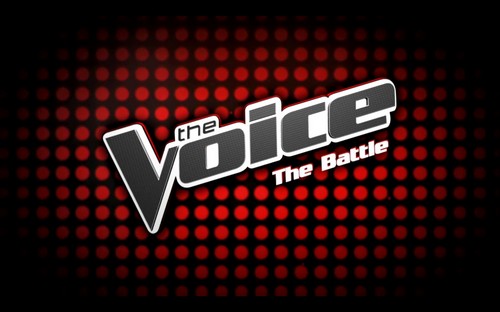 Tonight on NBC the Emmy award winning music competition The Voice is back with yet another round of completion. Tonight “The Battles Round 2 will premiere.”  Team members will be duelling in duets and the coaches will be enlisting help from fellow artists.  As the battle round continues. Coldplay singer Chris Martin serves as an adviser.

On last week’s episode  the “battle rounds” continued and the coaches enlisted the help of the music industry’s top recording artists to offer their knowledge and skills as advisers. Adam Levine teamed up with Aloe Blacc, Blake Shelton with The Band Perry, Shakira with Miranda Lambert and Usher with Jill Scott. It was the end of the first round and last week the coaches used all their saves and put their teams together.

On tonight’s episode the new second phase of “battle rounds” begin and the coaches enlist the help of music industry veteran Chris Martin. In this phase, the coaches pit two of their own team members against each other in a dueling duet of a song chosen by the artists. After the vocal face-off, each coach must choose which artist from their team is the strongest, and has the option of stealing losing artists from an opposing coach. Each coach has one steal during these intensified battle rounds.

RECAP: First up tonight is team Blake with Audra and Megan; Megan believes that Audra has a amazing control that will be hard to go against. Audra feels like Megan has much more presence on stage; the two msut pick their own song. Audra and Megan decide to sing “The Climb” by Miley Cyrus; Chris Martin will be advising all of the contestants on each team. Chris tells them they need to cover the area and go everywhere; he wants them to make the song perform outwards so that they are giving the audience a feeling that they are going near them. Though Blake feels Audra keeps holding herself back a little too much.

Usher says that he felt it was a challenge in the beginning for Megan but the bigger notes were better; he felt Audra probably won it for him though. Shakira says it was so great to see Megan so confident, though Audra was shaky in the beginning though felt like she connected to Audra more. Adam says the second round of battles and believes Audra is one of the best singers; though Megan was good as well. Blake says that Audra navigates herself through a vocal is so amazing and the second he knows what she will do; she will do something different. Though Blake feels like Megan is more like him with how they both sing the crap out of a song; Blake decides the winner of the battle is Audra.

Megan says she had a blast and says it’s awesome to finally be recognized for her singing; she was struggling in Nashville and feels like she has learned a lot.

Next up is team Usher with Cierra and T.J.; they both love being paired together and feel like they both have a very soul like voice. Cierra feels like she is at a disadvantage never having never gone to school for music like T.J.; Usher wants them to show the world what they got. Cierra and T.J. decide to sing “Get Here” to showcase the best of their voices; Usher believes they can make it their own easily. Usher says they need to work on their technique much more; they have to find something to channel their emotions from to make a believable performance.

Shakira says that she is so proud of Cierra and that T.J. is an amazing singer; it was so perfect. Adam says that he loves both of their voices and that Cierra had some incredibly control; it’s tough and he shed a tear for this show having the best singers. Blake says Cierra was perfect and that T.J. has such a power voice that cuts through; he could not believe it. Usher says he enjoyed the comfort of this being a female song and that T.J. made it sound like it took him no effort; Usher decides the winner of the battle is T.J. Usher gives Cierra a hug and she thanks him for taking a chance with her; she is thankful for the opportunity she was given.

Next up for team Blake is Tess and Jake; they go ahead and decide that the song they are going to sing is “Have A Little Faith In Me”. Blake feels like it was the perfect blend for both of their voices; Chris feels like it sounds wonderful. Blake heard some pitch issues and need to fix it; Chris says he has the same problem as Jake’s pitch and knows exactly how to help him. Blake feels like they sing so well together.

Usher says that he is proud of Tess and her growth and feels that Jake is on track with becoming a great artist; Shakira loves Jake’s voice but Tess blew her away. Adam says it was an A level performance and was watching something from the Grammies; he beleives they have both improved so much. Blake says that he didn’t think it would be tough to decide but right now he isn’t sure at all who to pick; he believes Jake was so much in the pocket. Though Tess really nailed it as well; Blake chooses the winner of the battle is Jake. Blake feels like he can be a star and his voice is authentic country; he wants to introduce him to the world. Shakira, Usher and Adam hit to steal Tess. Usher says that his vote has always been for her since she was on his team and knows she still belongs with him. Shakira says that from what she saw; she believes Tess has the best female voice in the show right now. Adam says that he wasn’t a big believer in her in the beginning; however he has become one and knows that Usher already got rid of her but beleives he is the one to join since he had won twice. Tess decides she is going to go with Shakira; Shakira gets up and goes to give her a hug.

Next up is team Adam with Christina and Sam; they decided to choose a song called “Counting Stars” by One Republic. Adam says that Sam has great moments but needs some control; he feels like Christina also has the same. They need to stick to the rythim more; Chris believes that they need to focus on the melody of the song more. Adam believes the winner will be whoever can control their voice better.

Blake says Christina is so small but has a powerful voice; though feels that Sam has a nice sound of realism and goes with her. Usher says that Christina as a young vocalist it’s like she is comfortable; he looks to Sam and feels like she has a movie going on like she is in a movie. He believes they are both amazing. Shakira says that Same at times is still searching like she can’t find her sound; though Christina displayed more confidence and maturity. Adam loved how they had the rhythm; Adam decides that the winner of the battle is Christina. Sam says thanks and is excited for the future.

Next up is team Shakira’s Patrick and Josh, she paired them up since they both have similar voices. Shakira believes that Josh has to surprise America with picking some amazing moments; Josh feels like Patrick has nice rasp in his voice. Shakira feels like his performance was solid but his high note was the only problem; she stole them both from Adam and is curious to see what happens. Josh and Patrick chose the song “Run To You” by Bryan Adams. Shakira feels the song is more for Josh than Patrick since Patrick is more blues; Chris says that he is impressed with how much conviction they have in their voices singing. Chris felt like both of them needed the mic stands to bring it too a whole new level; he liked it much better.

Adam says that he misses them and that Josh showed a whole different side to him he never knew about; he also felt that Patrick had some shaky moments and that he is really impressed by them and can’t make a choice between the two. Blake feels like that it’s all based off of taste; they both did well and would personally go with Patrick. Usher felt that Josh had some amazing confidence, then Patrick started singing and he was amazed; though JOsh went back down and feels like he can’t decide. SHakria says that she asked for a big rock star moments and loved it; she felt it was a pretty even match. Shakira decides the winner of the battle is Patrick. Josh thanks Shakira for everything and is glad to have made it this far.

Last up for tonight is team Adam with Delvin and Josh; Adam feels like they are both amazing singers and then they go off to choose a song. Delvin and Josh choose a song by Stevie Wonder; Chris is very impressed and wants them to do it without the lyrics. Adam says that Delvin has a bigger voice and that Josh needs to be much stronger and confident with his voice.

Blake says that he loved Delvin’s hair cut much better right now; he looks so cool. He loves Delvin wasn’t dominating as much but had more tasteful sounds to it and would go with him as the winner. Usher says that vocally this was the performance of the day; Delvin is such a powerful vocalist and Josh is the same. Shakira says that she loved it but felt Delvin kind have took the battle for him; she thought Josh would have had the performance at first and gives it to Delvin for shock factor. Adam says that he thought it was flawless and they made a choice impossible for him; he believes that each of them are amazing and believes no matter who he chooses he lost a potential winner. Adam decides the winner of the battle is Delvin; Usher then steals Josh right away. Usher says it was one of the most amazing vocal performances he has heard and couldn’t let Josh go; he wants to get know Josh more.