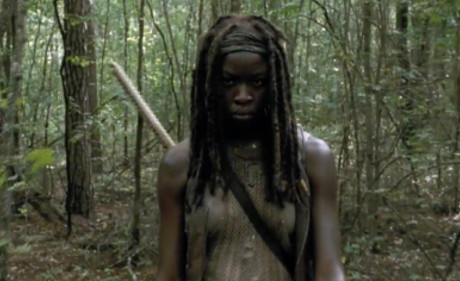 The Walking Dead fans are eagerly awaiting the return of their beloved show and, as they sit patiently (perhaps sharpening their best zombie-slaying knives), they know they’re going to be in for quite a treat when the mid-season premiere airs on February 9th. AMC has revealed a brand new teaser/promo trailer for season 4 and we wouldn’t be able to live with ourselves if we didn’t get this baby out to you pronto. We know how testy people can get when their fave show is on a hiatus.

The trailer is a great one and is filled with many action sequences to get your blood pumping in anticipation for the show’s return. As stated by song lyrics in the trailer’s opening, there’s “a bad moon rising” and “trouble on the way.” It’s been rumored that a major character will be axed this season, which already has fans freaking out.

If you have a prediction regarding who’s going to die, leave your thoughts in the comments section below. Also, don’t be shy in leaving us your expert opinions/predictions/season 4 forecastings below as well. One thing that we love about TV shows, especially popular ones, is the intense fandoms that rally around their favorite character universes.

The Walking Dead returns for the mid-season 4 premiere on February 9th, 2014 at 9/8c on AMC. Watch the video below. For all your TWD news, including live recaps once the show returns, please check out our zombie-rific section CLICK HERE. For the trailer released prior to the one below CLICK HERE.