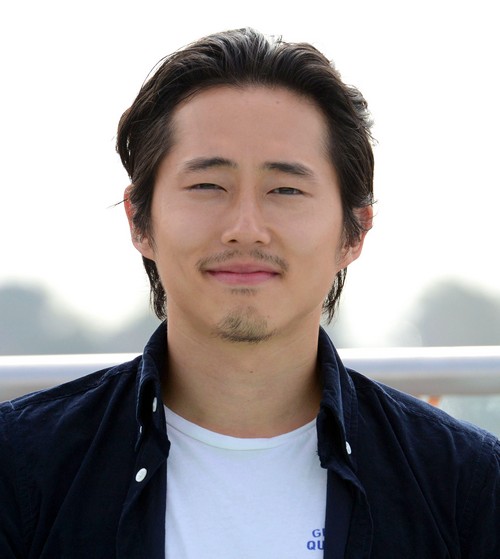 The Walking Dead spoilers for season 5 predict the death of a major star and the one to die as predicted in the comics will upset every TWD fan, it is Glenn! The Walking Dead has always prided itself on surprising audiences, but it was losing its touch a bit in season 4. By all accounts – both with critics and audiences – Season 4 was by far the weakest season of the lot, and that’s including the bone-crushing boring-ness of Season 2. After the prison attack, the Governor’s death, and Hershel’s decapitation, it became a meandering version of The Young and the Restless, except with zombies, less sex, and more introspection. There were obviously a few stand-out episodes, most notably Melissa McBride’s astonishing performance in ‘The Grove‘, but they were few and far between. So during The Walking Dead’s Season 5, the writers are returning to what they know what works best: killing off their lead characters at an astonishing pace.

We’re not even halfway through Season 5, but Bob’s dead, the Terminus cannibals are dead, and we’ve just heard confirmation that Beth [Emily Kinney] will be dying in the mid-season finale. Now, Scott Gimple, who is the Executive Producer for this season, has always been a huge fan of the comics and has admitted that he wants to stick as close to the roots of the comics as possible. It makes sense that he’d first kill off Beth, who was never in the comics in the first place. And since there’s no way they’re going to kill Daryl without losing a significant proportion of their fan base, that means that the next big death will come as it did in the comics: Glenn [Steven Yeun].

Say it with me now, NOOOOOOOOOOOOOOOOOOOO. Unless they pull some massive switcharoo on us [in which case, it will probably just substitute Maggie’s death for Glenn’s death, which would be equally devastating], Glenn’s going to meet his end at the hands of the nefarious Negan. Now, the writers have teased and teased Negan multiple times, but if we do see him this season, it probably won’t be until the end.

And that means that Glenn’s death will either happen at the end of this season [unlikely] or towards the middle of next season [very likely], or even at the end of next season [also very likely]. Glenn’s been a lead character since the very first episode of The Walking Dead, and his death is going to be a HUGE deal when [not if] it happens. And our hearts will be crushed, but since this is a fictional zombie universe filled with fictional characters, we’ll just have to learn to move on.