The Young and the Restless Spoilers February 24-28: Will Victoria Newman Forgive Billy Abbott?

BY Amanda Austin on February 22, 2014 | Comments: 9 comments
Related : Soap Opera, The Young and the Restless 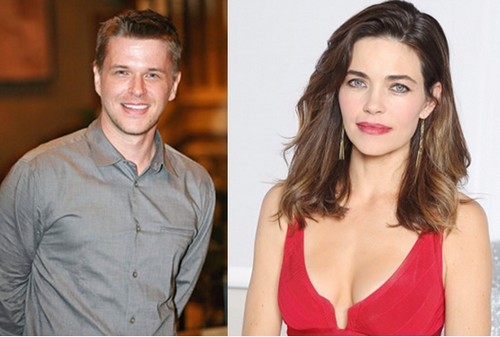 This week on The Young and the Restless the hostage situation at the benefit dinner was finally resolved. But, that doesn’t mean the drama is over in Genoa City. The drama will never be over in Genoa City, but here’s what fans can expect to see on Y&R next week, February 24th-28th.

Chloe should be featured on the next episode of “Dumbest Criminals,” her kidnapping plan definitely had a few holes in it. If she didn’t want to be found, why would she use Chelsea’s credit card and stay at her house in Paris? Even if Chelsea didn’t think to check her credit card purchases, wouldn’t the house in Paris be the first place she would check when she realized her and Connor’s passports were missing, and the paper with the French address was missing along with them. We’ll give Chloe the benefit of the doubt, and assume that she is not thinking clearly, and has been traumatized by her daughter’s death. Next week on The Young and the Restless Chelsea and Victor will learn that Chloe isn’t mentally stable when she refuses to give back Connor and insists that he “belongs with her.”

Back in Genoa City Victor’s son Nick has his own drama to deal with, after agreeing to help Dylan “stop Ian Ward.” Nick will pay the life guru a visit, in hopes of protecting Summer. However when Ian mentions Nick’s mother Nikki, Nick loses his cool and attacks Ian, punching him in the face.

Also on The Young and the Restless next week soap fans can expect to see Victoria Newman and Billy Abbott’s marriage in jeopardy and a new found trust and understanding developing between Chelsea and Victor. Check back on CDL throughout the week for more Y&R spoilers.