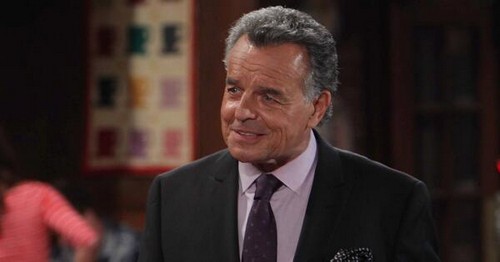 According to The Young and the Restless spoilers that have been released, the Newman family is going to have a tough day tomorrow on the show. Considering how wealthy and powerful the Newman family is, you would think their lives are a walk in the park, but that is not the case. Ian Ward is back in Genoa City stirring up trouble, and the youngest of the Newman siblings will have some unexpected drama of her own to deal with.

Today on The Young and the Restless Ian Ward waltzed back into Genoa City a free man, courtesy of Leslie’s phenomenal lawyer skills. Today Ian rattled his alleged son Dylan and tried to get inside his head and offered to help him work on his anger problems. Tomorrow on Y&R Ian will actually have the nerve to try and contact Nikki Newman. Victor will be the one that takes the phone call, and he will head to the Genoa City park and meet Ian Ward. Victor threatened Ian Ward when he was in police custody, so it’s anyone’s guess what kind of damage Victor will do now that Ian is a free man and there are no cops in sight. Victor and Ian actually have one thing in common, they are both too arrogant to back down, which means that Y&R fans are in for an epic power struggle.

When Ian and Victor meet in the park, Victor warns Ian to stay away from the entire Newman family. But Ian insinuated that what he did for Victor’s wife and granddaughter was so noble that Nikki and Summer in fact want a relationship with him! Victor FREAKS OUT and tells Ian no matter where you go I’ll be there and if you go near my family I’ll get you.

Victor isn’t the only Newman that will find themselves in a heated conversation tomorrow on The Young and the Restless. Abby Newman and Tyler Michaelson just announced their engagement earlier this month. Abby will mention to her new fiancé that her Dad Victor will thoroughly research his past and have him investigated before he will be on board with their marriage. Tyler becomes so paranoid about Victor digging up his past that he actually tries to call the marriage off, but Abby is able to calm him down and reassure him everything will be okay.

Remember the mystery woman Mariah from months ago on The Young and the Restless? Well, she’s back! And, Tyler is still in contact with her. After he learns that Victor Newman may be investigating him he calls the faceless woman. For those of you who don’t remember the Mariah storyline – here’s a brief recap. A few months ago Tyler was acting shady towards Abby, he claims he has an ex-fiance named Mariah and she won’t stop calling him. Tyler implied that Mariah was harassing him and wouldn’t take a hint, and he was trying to cut her off. Abby and Tyler traveled to LA for Christmas, and a woman broke into their hotel room. They never seen her face but Abby was convinced it was Mariah, Tyler was adamant that the break-in and Mariah were unrelated. There is a definite aura of Tyler possibly wanted to marry Abby for the wrong reasons – in fact he might be a gold digger.  Somehow we think this might involve Mariah as well? Who is this Mariah anyway? 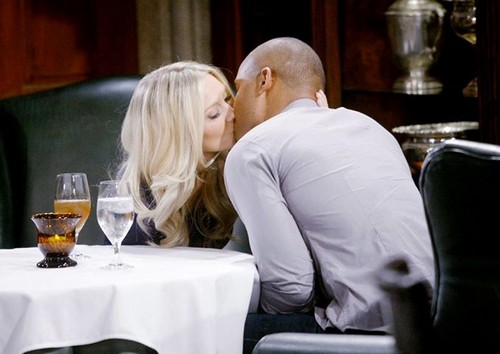 So, why do you thin Ian Ward has returned to Genoa City? Are you excited to see him go head to head with Victor Newman? And, what do you make of the mystery woman that is still a part of Tyler’s wife? Why was he so freaked out that Victor may investigate his history? Maybe he is already married to Mariah? Let us know what you think in the comment section below and don’t forget to check CDL tomorrow for more The Young and the Restless spoilers.