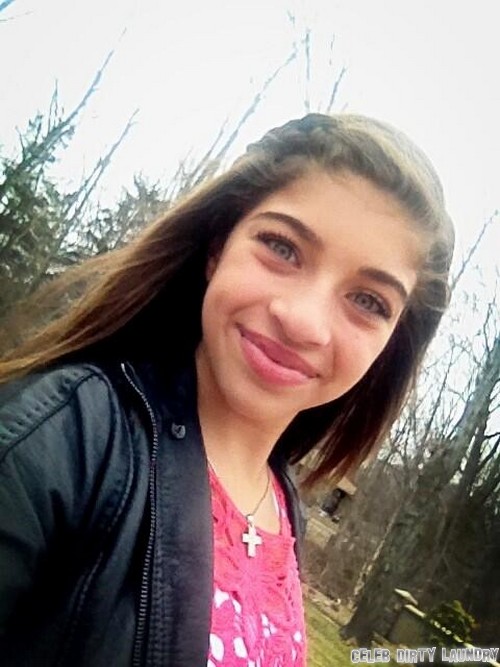 Real Housewives of New Jersey star criminals, Theresa Giudice and her husband Joe Giudice, have been so busy with their mounting legal problems, it appears they have been neglecting their parenting duties. While her parents are off visiting with their lawyers and attending court, their thirteen year old daughter Gia Giudice has been stirring up drama on Twitter, and tweeting homophobic slurs to her 97,000 followers.

On Monday night the controversial little reality star tweeted, “who’s this chick, little fa—t,” to one of her followers. Apparently Gia Giudice thinks it is perfectly acceptable to toss around homophobic slurs on social media in front of hundreds of thousands of people.

Gia is definitely in the wrong, but considering the she is just thirteen years old, this latest outburst is falling back on her parents Theresa and Joe Giudice. Back in 2012 Joe Giudice caused a media frenzy when he boasted that he used homophobic slurs on a regular basis. In 2012 Andy Cohen showed a clip of Joe during a RHONJ special. In the video Joe Giudice stated, “Growing up, we always used the word… we call each other, f—-t, homo or whatever, doesn’t mean anything. We were friends. We call each other names all the time, it doesn’t mean we’re gay. We just would use that word for whatever reason, that just was in our vocabulary… It was just a word that everybody used.” After the video aired, Joe Giudice received a lot of backlash from the media for his ignorant statements.

Do you think Gia Giudice should be held accountable for her actions on Twitter? Or, do you think it is her parents Theresa and Joe’s fault that she is tossing around anti-gay slurs?