T.I. Threatens Azealia Banks After She Lashes Out Against His Wife, Tiny – Major Twitter Feud Erupts! 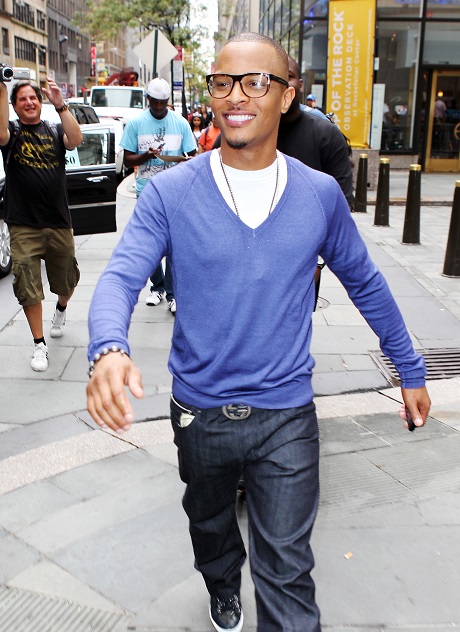 Azealia Banks can’t seem to stop herself from getting involved in nasty Twitter feuds, and she’s at it again. This time, she’s managed to get herself into the crosshairs of the infamous T.I. Azealia started the feud [as she’s prone to doing], and she tweeted T.I., “U want no mediocre but … Have you seen your wife?” This was reportedly in reference to T.I.’s latest song, ‘Mediocre’.

Even though Tiny, T.I.’s wife, wasn’t referenced by her name, she clearly knew who Azealia was talking about. I guess Azealia didn’t exactly make it difficult to figure out, in all of her usual subtlety. Of course, Tiny couldn’t resist responding, and you really can’t blame her. She retaliated on Instagram, writing, “I mean damn b*tch … Can’t you ever just worry bout yourself?”

And then T.I. found out, and all hell broke loose. He ended up writing a long and explicit rant on Twitter voicing his anger at Azealia for dissing his wife. He Twitter ‘screamed’, “U musty-mouthed-thot-bot-bad-body-syphilis-lipped-rectum-vomit-unimportant-ugggggly-monstrosity-of-a-maggot-ass BIIIIIIIITCCHHHH!!!!!! If u speak ill of my family again….. I WILL END YOU!!!!!!….”

It continues in this vein for a long, long time, with T.I. threatening Azealia in several more creative ways. Azeala, even though she started the damn feud in the first place, just couldn’t keep her mouth shut and ended up tweeting T.I. back after the threats. She said, “yea i shouldn’t of said it, BUT SO WHAT, IT WAS FUNNY, really had to take it to threats?” She goes at T.I. for having been in jail a ‘million times’ for drugs and guns, and how his wife can’t read. She insults the hell out of T.I., and then writes at the end of the rant, “ok ok ok ok. it’s over.”

Are you SURE? Because I’m not positive that you’re extensive Twitter manifesto on the subject won’t be enough to adequately convey your feelings on this matter.

Seriously, both Azealia and T.I. deserve each other. I hope they meet somewhere and attempt to work this out, only because the leaked footage of that would be worth its weight in gold.