Tiger Woods Refuses To Have Children With Lindsey Vonn: Feels Trapped and Dreads Her Dysfunctional Family 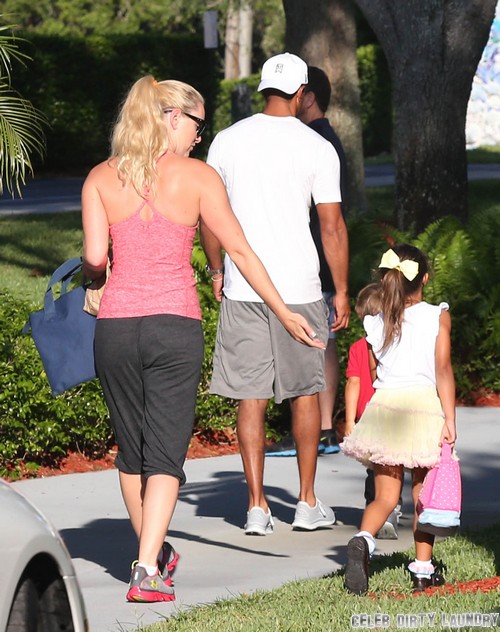 Alas, right now, the National Enquirer claims that Tiger is feeling suffocated by Lindsey’s desire to have children and take their relationship to the next level. A source tells the Enquirer that instead of a child, Tiger got Lindsey a dog, explaining that he was just set against having more children – and especially kids that will have to deal with Lindsey’s ‘dysfunctional‘ family. Well, let’s hope he phrased it more elegantly when he was saying all this to her.

See, we know that Tiger and Lindsey are still together right now, and I think it will stay that will until after the Winter Olympics that she had to drop out of. After that, either one of them could do the dumping if they feel the relationship hasn’t progressed or their publicity isn’t helping. I mean, it’s always been pretty obvious that dating Lindsey was a PR move for Tiger, and it’s somewhat worked. Nobody thinks of Tiger as a serial cheater as much they used to, but once a cheater, always a cheater. Even if he’s been faithful to Lindsey, if he starts to feel like there’s no way out, he might revert back to old habits.

What do you guys will happen? Let us know your thoughts in the comments.