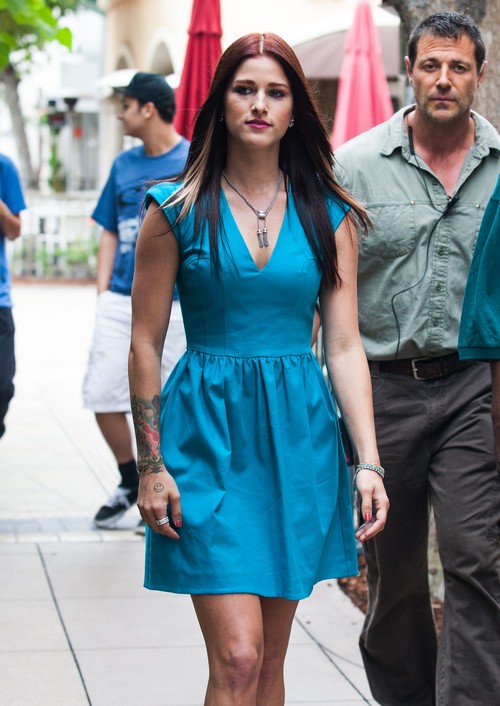 It has been a few months since we last heard about Faith Hill and Tim McGraw. Last we knew the couple was on really shaky ground. His ring was off and they didn’t even celebrate their anniversary together. Work and being branded together seemed to be holding them together more than much else. It’s time for Tim to head back out onto the road now though and as usual, his impending tour is bringing out an insecure green-eyed monster in Faith.

According to the Feb. 17th print edition of In Touch magazine his tour mate will be Cassadee Pope and that reality scares the crap out of his untrusting wife. Cassadee made headlines last year when she found herself tangled up in Blake Shelton’s marriage. The two may or may not have hooked up and it was a situation that caused Miranda Lambert to talk to every media outlet under the son about how great her marriage is. That’s usually code for- he cheated.

So, knowing Cassadee’s track record and that she happens to like rich, famous married men isn’t making Faith breathe any easier about the whole situation. Meanwhile, Tim has had enough and can’t wait to be out on the road where he has his freedom. Do you believe the rumors about Tim cheating on Faith? Do you think that she should be concerned about Cassadee? Is she just looking for exposure for her career or does she also have her sights set on Tim? Tell us your thoughts in the comments below!