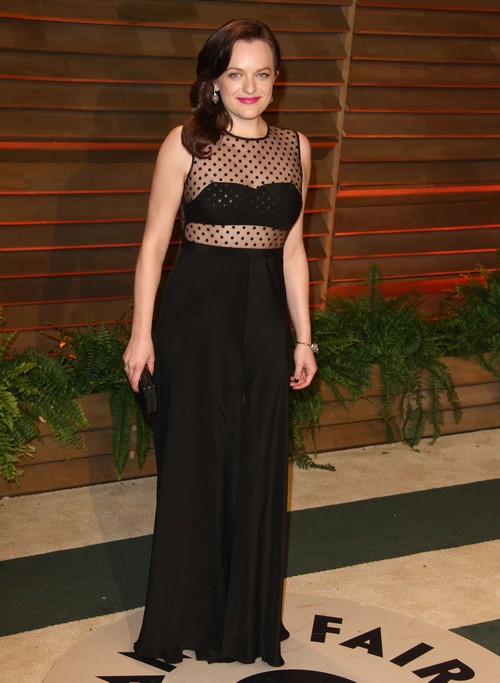 Tom Cruise has already failed at marriage twice, but a new report from the National Enquirer claims that he’s found his perfect match in Mad Men star Elisabeth Moss. Maybe the fourth time’s the charm – the third marriage sure ended horribly, no charm there.

This time, he made sure to find another devout Scientology member, instead of trying to indoctrinate another poor actress into joining the religion. While Nicole Kidman and Katie Holmes were certainly high-profile marriages that helped his Hollywood status, they didn’t exactly help his connection to Scientology. In fact, Nicole reportedly almost got him to give up on the religion, and we obviously know the Katie Holmes fiasco led to the public starting to question Scientology for the first time.

But this time, a source adds that everyone is on board the Elisabeth Moss train, explaining, “Friends think it would be great for both of them – and Scientol­ogy. Scientology leaders will be delighted to have their lead­ing member become involved with another celebrity Scien­tologist.”

The source also adds that Elisabeth and Tom are made for each other, explaining, “Lizzie is beautiful, smart and a little quirky. She can hold her own in the spotlight, and marry­ing Tom would be good for both their careers. She has no children of her own and would be an ideal candidate to have one with Tom.”

Is it me, or does this sound more like wishful thinking than actual truth? This report is laying out all the reasons that Tom and Elisabeth would be perfect together, not claiming that they’re actually together. And they’re not wrong – Elisabeth has a great career and she’s definitely a devout Scientologist. There would be little drama over their marriage, at least of the Scientology-related variety. However, I still think she’s too quirky to be Tom’s wife, and I don’t know that she needs the raised public profile that the marriage would give her. I think she’s perfectly happy staying where she is, and I don’t think the fame of being Tom’s wife is all that appealing to her.