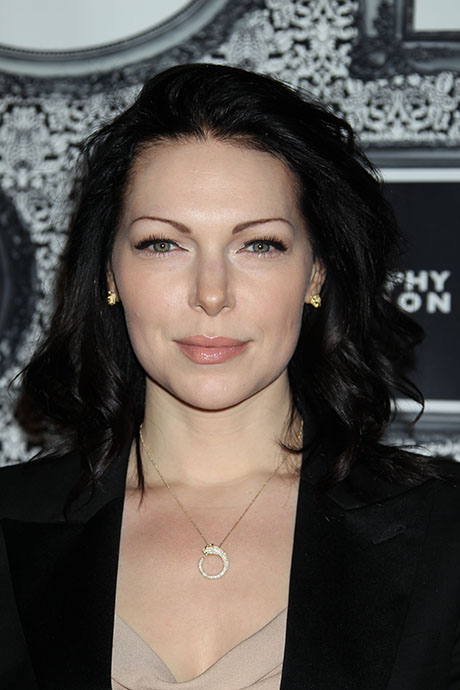 Fans of the hit show Orange is the New Black are blaming Tom Cruise for Laura Prepon‘s decision to leave the series, which has amassed an impressive following. Why might people be blaming the TomKat, Prepon’s alleged new boyfriend? Here’s why: If you haven’t heard (ha!), Tom Cruise is not only a proponent of Scientology but is also notorious for being a control freak — especially when he’s in a relationship. Scientology has negative feelings towards homosexuality and, newsflash, OITNB is heavy on lesbian action. Many people believe that Tom Cruise is magnifying/intensifying Prepon’s own Scientology beliefs, which ultimately informed her decision to leave the show.

However, even before news broke that these two were sharing romantic dinner dates, rumors of Laura wanting to leave the show were abuzz. Nobody is sure why any actress in her right mind would leave a show just when it’s picking up — continuing to explode — and especially when she has such a fantastically written character to explore on the screen.

An industry insider was noted with saying, “Only an idiot like Dan Stevens (“Downton Abbey”) leaves a hit show just as it’s peaking.” Strong words but true words.

Prepon will appear in the first four episodes of the second season and will then be written out. Exactly how she’ll make her exit, well, nobody’s quite certain yet.

“With all his baggage, it doesn’t help his image to be dating a woman who plays a lesbian,” said another source. “He doesn’t want kinky, he wants wholesome.”