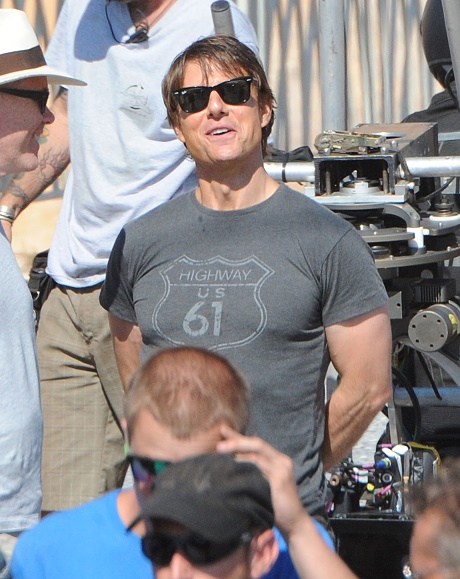 Yes, because ‘friends’ are always looking to make a quick bang for their buck when setting up their single acquaintances. Now, I actually believe that Tom Cruise would be interested in ‘dating’ Sandra Bullock, i.e. he probably tried to audition her to play his wife already. However, there is no way that Sandra Bullock would ever, EVER agree to be Tom Cruise’s wife, especially not with the Scientology connection. Sandra Bullock is no Katie Holmes, and people would do well to remember that. She’s not going to roll over and stay silent, nor will she become the quiet Scientology robo bride that Katie Holmes became towards the end.

In fact, if there was a ‘spark’ between Tom Cruise and Sandra Bullock, I’m pretty sure Tom’s Scientology overlords would go out of their way to stop the relationship at all costs. It’s a bigger risk to have someone like Sandra Bullock dating Tom Cruise, especially since she would refuse to toe the company line.

Plus, Sandra Bullock’s rumored to be hooking up with Chris Evans, isn’t she? And even if that’s just for fun, a Tom Cruise/Sandra Bullock relationship is too weird to conceptualize. Don’t you agree? What do you think about Tom Cruise & Sandra Bullock dating in the future?