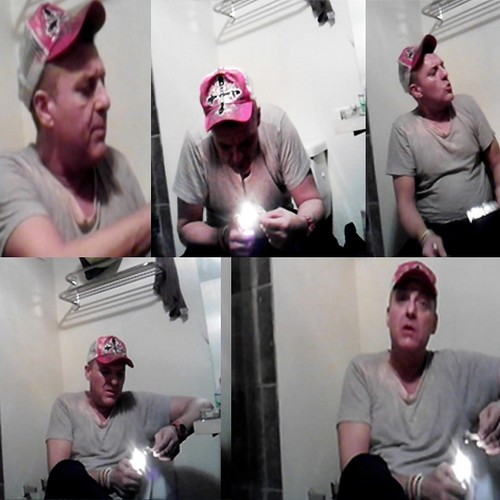 I’m thinking that Tom Sizemore needs to choose his friends a little more carefully because one of his good pals just sold him out to the press. The friend shot a 23 minute video of Tom sitting in his bathroom inhaling heroin through a straw and chasing it with some crystal meth that he smoked from a glass pipe. Of course, being a good pal this guy sold the footage to National Enquirer in an attempt to make Tom get a good look at himself the way that others see him. I guess embarrassing him publicly is like a form of tough love that just so happen to make the friends’ pocket a bit fatter!

His friend things that Tom is going to kill himself with a lethal mix of drugs eventually. That’s something that the actor has himself talked about in the past- how when he is using in the past he was a “hope to die” kind of addict that didn’t care if he overdosed and that he may have actually used with the hopes of an overdose.

Supposedly Tom’s friend is trying to shock him into seeing what he’s doing to himself. I have to wonder if this will do it. I mean if Tom is as far gone as they are saying, then will he even have a clear moment to actually absorb this video and how desperately he needs help? Tell us your thoughts in the comments below!