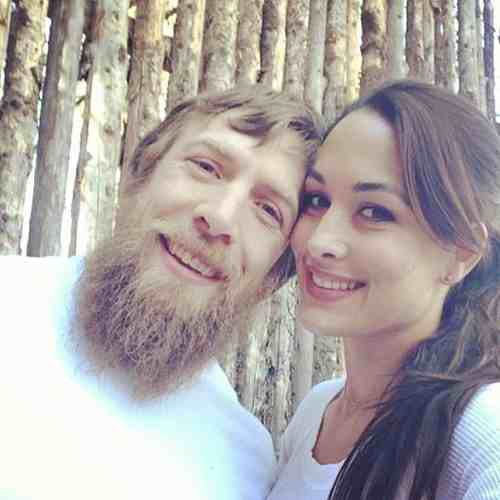 Tonight on E! the WWE’s Total Divas starring the Bella Twins and the rest of the Divas continues with an all new Sunday October 5, season 3 episode 5 called, “Scared Straight.” On tonight’s episode, Bryan’s injury takes a turn for the worst and Brie is left helpless.

On last week’s episode an unexpected colleague put the moves on Nattie while she was taking a break from her relationship with TJ; Jon was frustrated by a lack of intimacy with Trinity; and Brie was shocked when Bryan and Nikki teamed up to stage an intervention. Did you watch the last episode? If you missed it, we have a full and detailed recap right here for you.

On tonight’s episode Brie is left feeling overwhelmed when Daniel Bryan’s injury takes a turn for the worst; Ariane’s mother calls with a desperate plea for help; and Eva is shocked when Jonathan makes a dangerous decision without her consent.

Tonight’s episode of Total Divas kicks off with Nikki and Brie out to lunch, their booth overlooks the beach and they see seals sunbathing on the rocks. Nikki insists that seals are fish, and they get in to an in-depth conversation over seal’s vaginas. Afterwards Brie picks Bryan up from rehab for his shoulder surgery, then she takes him to acupuncture, which he is certain is going to make him heal faster.

Eva picks her husband Jonathan up from the gym and he tells her that one of the guys fro, the gym was just shot in a home invasion and robbed. He thinks they should get a gun to protect themselves at home, but Eva doesn’t think that is a good idea. He wants her to go to a shooting range and just shoot a gun before she decides whether they can have a gun in their house.
Eva meets up with Ariane for lunch to catch up since she left the WWE and went back to NXT. While they are eating Ariane receives a phone call from her mom. Ariane’s little brother Quinton is 15 and out of control, he keeps skipping school and running away. Ariane agrees to come home to LA and try to talk some sense into him.

At work Nikki corners Brie about Bryan’s surgery and what is going on with him. Nikki and John are afraid that Bryan is just getting worse because he isn’t getting the surgery he needs and trying to heal himself with acupuncture. Nikki tries to talk some sense in to her sister, because she is scared that Brie is the only one bringing any money in to their house.

Jonathan takes Eva Marie to the gun range, he’s sure once she shoots a gun, she will want one at home. The instructor heads out to the range and helps Eva target practice. Jonathan tells the instructor that Eva is trying to decide which one she wants to buy.

Brie and Bryan head out to lunch, and Brie is concerned because Bryan starts wincing and is in obvious pain and he can’t pick up her fork. He rushes her through eating and asks for the check because he wants to leave.

Ariane heads back home with her boyfriend Vinnie, they visit her mom Tammy and she says that she doesn’t know where Quinton is and she owns her own hair salon so she can’t just lock up and go look for him. She tells them a few places where he might be hanging out, and they head out to find him.

After dinner Brie corners Bryan and tells him her concerns about his arm. She convinces him to see a real doctor because she knows that it isn’t getting any better. Meanwhile in LA, Ariane and Vinnie find Quinton sitting on the curb with a group of kids drinking, she freaks out and smashes the bottle and tells him that he is going to give their mom a heart attack dealing with him.

He laughs in her face and says that she is being over-dramatic. They head back home and Tammy comes home from work for a family meeting. While Ariane and their mom lecture him about hanging out with the wrong crowd, he laughs at them and gets up and goes in his room.

Eva returns home and Jonathan greets her at the door. She walks in her bedroom and finds a gun laying on their bed. She freaks out on him and tells him that she wants it out of her house, he argues that it is just to protect them.

Bryan and Brie head to see the WWE’s official doctor Chris, Brie is hoping that they will be able to get some answers about the pain in his hand. The doctor thinks that he is going to need another surgery to fix his arm, and is going to check with the other doctors to see what they think.

In the break room Eva tells Nattie, Jon, and Trinity about Jonathan buying a gun and bringing it home. Nattie thinks Jonathan totally disrespected Eva, and now that they are a couple and officially married they are supposed to be making major decisions like this together.

At the next WWE show, Bryan has to enter the ring and explain to the thousands of fans in attendance that he isn’t returning yet and has had another setback. He promises them that he will come back eventually a win the title again.

Ariane and her boyfriend Vinnie have decided to “scare Quinton straight” and take him to meet a group of ex gang members who work with at risk teens. A man named Tattoo screams in Quinton’s face that he isn’t going to make it on the California streets, Ariane’s little brother appears to be impacted by the speech.

At home Bryan complains to Brie that he can’t lift anything that weighs over five pounds over his head. Brie argues that he needs to get the surgery, but he insists that the surgery isn’t going to happen. Meanwhile, Eva and Jonathan head out to dinner, and she confronts him about the gun issue. She refuses to be one of those wives that just sit back and let their husband run the show. He apologizes to her, and says that he didn’t think that it was going to be such a big deal.

Brie and Bryan head out to lunch with her mom. They fill her in on his latest health woes, and that Bryan doesn’t want to go under the knife again. She reminds them that Steve Jobs went holistic, and if he hadn’t he would still be with us. Bryan argues that he wants everyone to be more understanding of his choices.