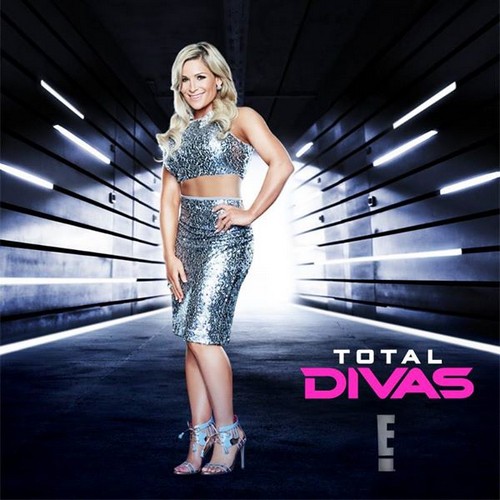 Tonight on E! the WWE’s Total Divas starring the Bella Twins and the rest of the Divas returns with an all new Sunday September 28, Season 3 episode 4 called, “Divas Unchained.” On tonight’s episode, Nattie is hit on by colleague while taking a break from TJ; Bryan and Nikki stage an intervention.

On last week’s episode Brie and Daniel Bryan were in danger of losing their wrestling careers; Nikki was put in a tough spot with John; Rosa failed miserably at making peace between two enemies; and the wedding standoff between Eva’s father and husband came to a head. Did you watch the last episode? If you missed it, we have a full and detailed recap right here for you.

On tonight’s episode an unexpected colleague puts the moves on Nattie while she’s taking a break from her relationship with TJ; Jon is frustrated by a lack of intimacy with Trinity; and Brie is shocked when Bryan and Nikki team up to stage an intervention.

Tonight’s episode is going to be filled with lots of guaranteed drama that you won’t want to miss, so be sure to tune in for our live coverage of Total Divas tonight at 9 PM EST! While you wait for our recap hit the comments and let us know how excited you are about the season 4 of Total Divas!

Tonight’s episode of Total Divas begins backstage at Raw.  Rosa flirts with WWE Diva Paige, she gushes that Paige is totally her type and very sexy.  Rosa wishes Paige a happy birthday and offers to give her a birthday kiss later.

Nikki and Brie head out to lunch, Nikki starts ordering extravagant wine and Brie argues with her because she doesn’t want to go halves on it since she and Bryan aren’t working right now, she is on a budget.

Later, Nattie confesses to Rosa that her boyfriend TJ forgot her birthday and didn’t get her anything, not even a cake.  Rosa is furious, she is really overprotective on Nattie, and doesn’t like that fact that TJ is taking her for granted.

Trinity and her boyfriend go out to go bowling.  She gets light-headed and has to sit down, John tells her she needs to go back to the doctor.  She had a birth control implant put in her arm, but it made her really sick and nauseous, so she had it removed.  But, she still feels sick.

Nikki and Brie head to Nikki’s doctor appointment to get her eggs frozen.  On the way there Nikki starts rambling about the drought and whether or not they can still make wine during a drought.  Brie freaks out on her and tells her it is disgusting that California is in a drought and all Nikki cares about is wine.  Nikki curses Brie out and says that she has been a raging bitch since she and Bryan stopped working.

Afterwards Bryan takes Brie to a used appliance store to look at washers and dryers for their new house.  Brie freaks out on him too, and says that she already picked out the washer and dryer she wanted, and it’s not in the used store.  Bryan is so confused by Brie’s crazy behavior as she storms out of the store.

Nattie decides to throw herself a little birthday dinner and buys herself a cake and invites her parents over.  TJ surprises her with a bizarre exercise machine that is supposed to shake the fat off from people.  Nattie complains that she doesn’t like the gift, and leaves her own birthday dinner.  She heads to a hotel, and Rosa meets up with her to try and console her.  Rosa tries to get her to come over her house and go swimming, but Nattie doesn’t want to.

Trinity and her Uncle Buck head to her gynecologist to find out what is wrong with her.  The doctor explains that she has polyps on her uterus, if she doesn’t get the polyp removed it could cause cancer.  Trinity isn’t thrilled, she doesn’t want to have to take work off for surgery.

Nikki explains to John that Bryan wants her to help him with an intervention for Brie.  He wants them to sit down and explain to her that she has been way too mean and argumentative to her family lately.  Nikki thinks it is corny, but John encourages her to go to the intervention he thinks it is a good idea.

Trinity is sick, she’s in a lot of pain.  John is upset that she won’t have surgery and get herself taken care of.  Trinity argues that there is a chance the polyp could heal on her own, she wants to wait and see if the problem goes away on its own.

Rosa feels guilty that John ruined Nattie’s birthday, so she throws her a birthday party with all of the divas and buys her a cake.  Everyone surprises Nattie with gifts, and she is thrilled by all of the attention.  Rosa is happy that the birthday party is a success.

Trinity goes out to lunch with Rosa and Summer, and fills them in on her health problems.  They are shocked that she has had her period for two months straight, and she fells horrible because she can’t have sex with John.  Rosa decides that they should all go to a pole dancing class so that she can dance for John to cheer him up.  They find a class on the internet and head over to meet an instructor, and she shows them a few moves.  Trinity can’t wait to go home and show John.

Nikki heads over to Bryan and Brie’s for their intervention.  She explains to Brie that lately she has been snapping on everyone, Brie argues that she is being childish.  But, Bryan chimes in and says that she has been rude to him too.  Brie freaks out because they are ganging up on her, and curses Nikki out and tells her that she is her sister, but not her friend.  Brie explains that she is stressed out because they have no money coming in, and no one understands where she is coming from.  Bryan encourages her to vent to them, but not yell at them.

Rosa and all of the divas and some of the wrestlers have two nights off, so they all decide to go out for drinks and blow off a little steam.  Rosa tries to kiss Nattie in front of everyone and let her know how hot she looks, but Nattie gets wierded out and pushes her away.  Nattie runs to the bathroom and freaks out to Trinity because Rosa tried to kiss her, she feels uncomfortable.

Brie receives a phone call from the WWE producer Mark Carrano, Mark reassures her that they aren’t putting her on the backburner and whenever she is ready to return to TV she is more than welcome to and they would be happy to have her back.  Brie is thrilled when she hangs up, and Bryan laughs that he told her everything would be okay and she didn’t have to be a bitch.

Trinity surprises John with a pole that she bought to put up in their bedroom. So she can dance for her.  She explains that she wants to put on a pole-dancing show for him.  John isn’t excited though, he tells her that she needs to forget about stripping and take her ass to the doctor’s office.  She argues that she isn’t going to the doctor’s, and he throws the stripper pole across the room.  After he settles down, he confesses that she is scared that if she doesn’t get it taken care of she won’t be able to have kids.  Trinity understands where he is coming from, and agrees to make an appointment for surgery.

At work Nattie pulls Rosa aside and confronts her about trying to kiss her.  Rosa explains that she doesn’t want to have sex with Nattie, she just was trying to make her feel pretty since she and TJ are in a huge fight.  Nattie thanks her for what she was trying to do, but tells her not to try and kiss her anymore.  Later Nattie meets up with TJ to talk about their relationship, she’s been living in a hotel for a few days yet and hasn’t gone home since the birthday disaster.  Their talk doesn’t go well though, and Nattie informs TJ that she “doesn’t think she can do this with him anymore.”  TJ argues that they were together for twelve years without a problem, and once they were married for one year their relationship falls apart.  Nattie receives a phone call from Mark Carrano and walks out on him.