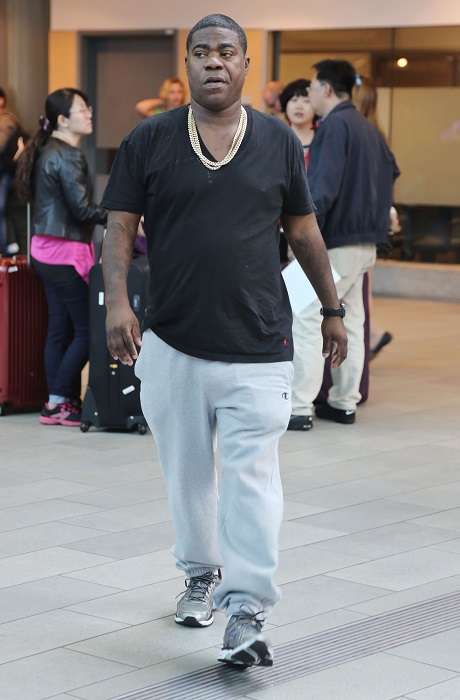 Actor and comedian Tracy Morgan was involved in a rather horrific car crash and now sources say that he’s in critical condition and fighting for his life. Morgan was supposedly riding in a limo bus on the NJ turnpike after a concert. Sources say that it appears a large tractor trailer rear ended the vehicle, which caused the flip. There was one death and three people left injured, including the former 30 Rock star.

TMZ reports, “Police say 2 tractor-trailers, 2 cars, an SUV and the limo bus were involved in the chain collision — and, at this point, they do not believe alcohol was a factor in the crash. Tracy had a standup gig Friday night in Delaware and was on his way home when the accident happened.”

How did you react to this devastating news? It’s always awful to hear of tragedies like this, and our thoughts go out to his family, who are no doubt struggling emotionally as they await his recovery. Were you a fan of 30 Rock or Tracy on SNL? Leave your thoughts in the comments section below!