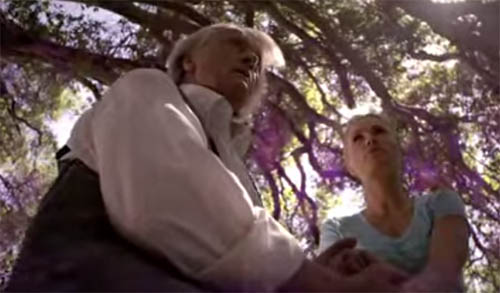 The final five episodes of True Blood season 7, one of our favorite supernatural shows on television, are going to be jam packed with awesomesauce — hopefully enough to satisfactorily bring the series to a close. TB definitely started out stronger than it’s finishing, but the show still has time to pick up the pace and give our lovely characters of Bon Temps the endings they deserve. We’ve already seen a couple HUGE deaths this season and, while they were shocking to witness, we had prepared ourselves at the season’s beginning for some.

The below video works to highlight some of the things we have to look forward to (and worried for) in the final episodes. The show went to its last Comic-Con and, as you might expect, there were definitely some teary eyes in the room. After all, many of them have only been part of this show for years and to say goodbye to their characters has got to be incredibly tough.

Executive Producer Brian Buckner was in attendance, and he revealed that this season will be about the strong bonds the recurring characters have formed with one another. To put it simply, it’s a season of love — and, of course, incredible loss. “This season is about the love all these people share with each other — it’s really touching. I think we’ve really given these people their due. It’s our last season… this season had to be about Bill and Sookie. It’s not going to be exactly what you think it is, but Alcide had to go.”

Are you enjoying this final season of True Blood? We are. Be sure to keep CDL bookmarked, as we recap the show every Sunday night and then locate all the hottest spoilage for upcoming episodes! What are you going to do once the vamps of Bon Temps leave us forever?