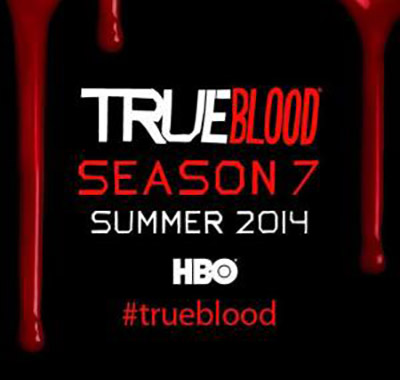 True Blood season 7 is gearing up and, as we await the final premiere episode in the TB series, we’ll have to curb our appetites with some juicy spoilers! So, if you’re thirsty for True Blood season 7 spoilers, then proceed to the below paragraphs. Though, if you find spoilers at all repulsive, then turn around now; however, I’ll be the first to tell you, this spoiler meal is relatively light — think of it as a small appetizer or side salad of sorts. More juicy entrees will arrive in the coming weeks, I’m sure.

On this season of the hit supernatural drama, Bill’s history will be further explored and we’ll dive even further into his past life as a Civil War veteran. Also on the list of Bill Flashbacks: more on his early life as a vampire (perhaps we’ll be seeing more of his maker Lorena in the flashbacks) and a meeting with Billy’s parental units!

A source close to the production was noted with saying, “We’re going back in time to meet Bill’s parents, William Compton Sr, and Margaret Compton in 1855. We’ll also see Caroline Compton give birth to one of Bill’s kids in the 1850s. And in the present, get ready to meet Brigette, a smokin’ hot microbiologist.”

But who will we be seeing this season in terms of villains, one thing True Blood always takes great care and consideration in crafting — to ensure the conflicts stay fresh and interesting? While no villain will ever be able to beat (in our eyes) the sex-crazed Maenad, Maryann, we hope they give us a few villains to be remembered. And it seems as if they will!

A person called “The Figure” will be stomping into Bon Temps, and we’ve heard that this being will resemble someone close to Leatherface (from Texas Chainsaw Massacre) or Jason (from Friday the 13th). Hope they do something very original with this character, else he/she is going to be boring with a capital B! Another villain set to come to Bon Temps is Mr. Gus, a Japanese businessman who fully embraces the slogan “Everything’s bigger in Texas.” I have no idea how this will relate to his character; I guess we’ll just have to find out this summer!

As for Sookie Stackhouse . . . . What crazy, fairy shenanigans will she be getting herself into this final season? And with whom (Bill or Eric) will she end up? The questions we need answered! (Because chances are the showrunners will not be following the storylines in Charlaine Harris’s popular novels.) Leave your thoughts in the comments section below.