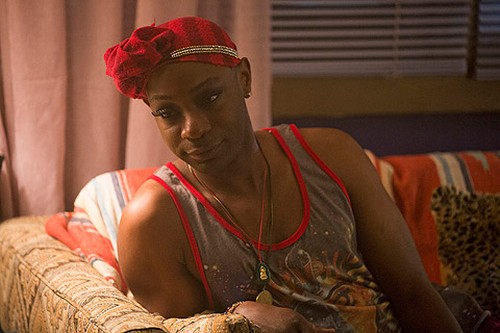 True Blood was back tonight and it was intense, jammed packed with tons of action as usual. Earlier tonight, we saw Vince rally the townsfolk against Sam Merlotte, Arlene and Holly attempt to find a way out of the H-Vamp dungeon, and Pam continue her search for Eric Northman; he was found, however, we discovered he’d been infected with Hep-V.

If you are like me and you are anxiously awaiting each episode, we have managed to get our hands on a sneak peek video and some spoilers to whet your appetite for next week’s episode 2 called “Fire In The Hole.”  So sink your fangs in and enjoy!

On tonight’s episode, a trio of hostages taken in the Bellefleur’s attack looked to a familiar face as a possible liberator from the H-vamps. Sookie and Jason (Ryan Kwanten) visited the neighboring town of Saint Alice, where a young woman’s diary offered clues to the potential fate of Bon Temps. Spurned by Lafayette (Nelsan Ellis), a desperate Lettie Mae (Adina Porter) turned to Willa (Amelia Rose Blaire) to channel her family past. Vince whipped his fellow vigilantes into a dangerous frenzy. Pam’s (Kristin Bauer van Straten) search for her maker led her to a very familiar place.  And lot’s more happened — did you watch the episode?  If you missed it we have a full and detailed recap, right here for you.

Spoiler alert: If you’re one of those people who doesn’t like spoilers, stop reading now! We have some juicy spoilers for you about the season 7 episode 2 of HBO’s “True Blood.”

On next week’s episode, Vince continues to assert his dominance in the town, and possibly grow into his role as main “villain” this season. In the video, we also see Pam arguing with Eric, asking him if he contracted the virus on purpose. He says, “The fight’s over now, Pam.” And, while the ladies are still being held captive by the H-Vamps, Holly attempts to connect with the “Guardians of the Gate” in an effort to conjure up a bit of magic — and maybe a way out.

True Blood episode 3, “Fire In The hole” airs on HBO on July 6th, 2014.   Check out the preview video below of episode 3 below and let us know in the comments below what you think!  Are you enjoying season 7 of True Blood?  I am loving it and next week’s episode is going to be so intense! Make sure to check out the preview clip below!