True Tori LIVE RECAP: Season 1 Episode 5 “I Love Him and I Hate Him” 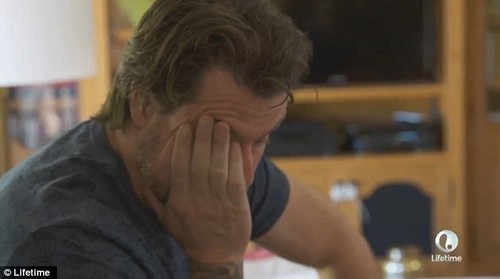 True Tori returns on Lifetime tonight with a whole new episode.  On  “I Love Him and I Hate Him”  the marriage of Tori Spelling and Dean McDermott is chronicled, as tabloids speculate about the couple’s future.

Last week, we were in store for another drama-filled episode of True Tori! During one of their therapy sessions, Dean McDermott explained that he felt ignored by his wife, Tori Spelling, when he left to go to Toronto, Canada — where he ultimately cheated on her right before the New Year. Tori was so mad that she said “It Makes Me Want to F—king Punch You Right Now.”  Did you watch last week’s episode? If you missed it we have a full and detailed recap, right here for you.

On tonight’s episode Dean and Tori are seen in their bedroom where Dean is crying “I don’t deserve any of this, I don’t deserve this beautiful family.” Tori agrees that Dean doesn’t deserve it, but yet, he has it. Dean asks Tori what he needs to do, she tells him, he needs to do it right for a change. Tori is sitting there, her heart is ripped out and she is begging Dean to do something. Dean is completely clueless on what he has to do to get Tori back.

We hope you stop by for this cool new show! We loved Tori & Dean: In Love and are really excited to see how this show further explores their relationship. Make sure to come back here later tonight at 10 PM EST for your LIVE recap. In the meantime hit up our comments section and tell us your thoughts on the about this new show.

Tonight’s episode begins with Tori explaining her thoughtful gift she made for Dean for their fifth wedding anniversary. A bench made of wood that reads, “Grow Old With Me,” sits at their home as Tori sits next to it, remembering what it meant at the time she gifted it to her husband.

Tori is packing the kids up for a surprise trip to Lake Arrowhead as Dean is taking care of their two youngest children. They are set to leave the next day as they try to enjoy some family time and repair the damage that has been done to their marriage. The next morning, Tori wakes up to a migraine and severe abdominal pain. Dean has to stay with the kids so producer Bobby goes with Tori to the hospital. He later calls Dean with an update, sharing that Tori is on an IV and resting but they don’t have any answers about why she is having the stomach issues. Dean recalls her horrible c-section with Finn as he nervously hopes that she is okay. He visits her in the hospital and feeds her, but needs to get back home for the kids. He is going crazy taking care of four kids on his own and he realizes how hard it was on Tori. He admits that as hard as it is, he is enjoying having the time with the kids.

Tori is coming home after nine days in the hospital. On the ride home, Tori shares how hard it was for her to be away from the babies. She shares how special she felt when he nurtured her and took care of her in the hospital, while still taking care of the kid at home. She loves that part of him, she says, despite how mad at him she still is. She shares that she hates him and loves him at the same time. She walks in to a warm welcome from the ecstatic kids and a relieved Dean.

Tori starts scrapbooking with the kids so that she can give them happy memories. As she talks about how she met and fell in love with Dean, she starts crying as the kids look on. Tori is stressed about the thought of Dean leaving for Chopped Canada. Dean comes in and asks what is wrong. Tori shares her fears and Dean starts crying as well. He says he ruined everything. He tells her that they had it all and he ruined everything. Dean apologizes over and over and Tori keeps saying that she feels like a doormat and she is not sure if she can give him another chance to f*&^ up. She screams that her heart is ripped out and Dean screams that he wants to be with her. Tori is screaming through tears asking what he wants and telling him what he needs to do. It is hard not to think about the kids hearing all this because they are in the house. Dean asked them to leave the room earlier on, but you’d have to be in another city not to hear Tori. They hug and begin to cry after Dean professes his love again. Tori tells Dean that he needs to fight for her.

Tori tells Dr. Wexler about her feelings being up and down from moment to moment. She then shares what happened during the scrapbooking session with the kids. Dr. Wexler asks if Tori has shared what is going on with the kids. She shares that she has not yet had a conversation with the kids about the marriage. She actually asks the doctor if she thinks the kids might know something is going on. Really?! This was AFTER the big blowout about their marriage that they just had while the kids were in the next room!

Mehran comes to see Tori and they head out. He tells Tori that she is a stronger woman for staying and trying to work through their problems instead of throwing in the towel. Mehran and Tori go to Jane…Tori’s favorite store. Tori shares what happened during the scrapbooking sessions and tells him what Dr. Wexler had told her.

Tori and Dean sit and talk with Liam and Stella about Dean’s trip to rehab. It seems to have hit Stella more than Liam and she seems to already know a lot more than they think she knows. Dean realizes how hard it hit the kids to have him gone for so long.

Tori’s guilt about being away at Easter and because Dean was gone during their normal celebration of Christmas and New Year’s, she decides to celebrate Easter with the kids and Dean by throwing an Easter egg hunt. Shortly afterwards, Tori has a fitting for her new show with Jennie Garth. She talks about the stress of working on her new show and the fact that Dean will likely leave to film Chopped Canada.

During a counseling session, Dean explodes and gets up to leave after Tori puts the pressure on him about how he could have sex with another woman when she had worked so hard to please him sexually. She tells the doctor that they were in a good place with their sex life, with her even doing things she had never done before to please Dean. Dean explains that he was resentful that she didn’t have sex with him the night before he left as they always had in the past. Tori cannot believe that that could possibly cause him to stray and thinks it is a BS excuse. As the doctor tries to intervene and calm the couple down, Dean refuses to sit because he doesn’t feel his sex life is up for discussion. Tori begins to clam up, feeling defeated. Finally Dean shares a little more about what happened that fateful night and Tori cries wondering how she will be able to live with this as she thinks it is consuming her and will always be in her mind. DR. Wexler shares that while she may forgive Dean, the reality is that she won’t forget what happened. Tori breaks down knowing that the life they knew is no longer and if she wants to work things out, she has to find a way to move on and not let the affair constantly overshadow everything they do as a couple. Dean hugs her as she cries.

We’ll see you here next week as we recap the next episode of True Tori.