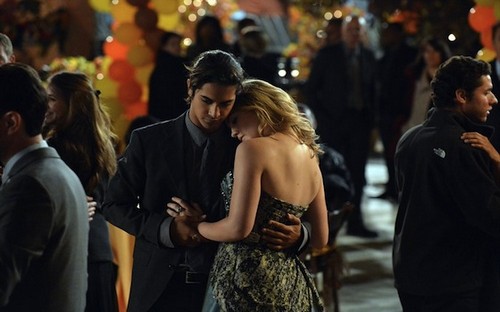 Tonight on ABC Family TWISTED returns after its winter hiatus with a new episode called, “Home Is Where the Hurt Is.”  On tonight’s show homecoming in Green Grove signals a beginning for new relationships and trouble for other.  Did you watch the last episode? If you want to get caught up, we did and we recapped it here for you.

On last week’s episode Danny struggled to come to terms with the latest development in the search for his father. While he was determined to come clean, he wondered if he truly deserved the chance to start his life over. Lacey became convinced of a connection between Gloria Crane and Vikram, while Charlie became increasingly interested in Lacey’s actions. Meanwhile, tension built between Karen and her old friend Jack, and Karen questions the wisdom of letting the past back into her life. The hunt for Regina’s murderer uncovered an unsettling connection to Mayor Rollins. The episode was written by Executive Producer Adam Milch and directed by Executive Producer Gavin Polone.

On tonight’s episode Green Grove High celebrates Homecoming.  With the Homecoming dance quickly approaching, tension mounts between Danny and Lacey as Danny wonders if he can ever get over recent events. When Jo realizes cute but nerdy Andie has a crush on Rico, she gives her friend the nudge he needs to make the first move. Danny recognizes a familiar face in town and makes a mysterious connection to his time in juvenile hall. Meanwhile, Jack (guest star Ivan Sergei) moves in on a conflicted Karen, and Tess finds it increasingly difficult to hide her secrets from Kyle. The episode, titled “Home is Where the Hurt Is,” was written by Stacy Rukeyser and directed by David Jackson.

Tonight’s episode looks like it is going to be great and you won’t want to miss it, so be sure to tune in for our recap of ABC’s  Family ‘s “Home Is Where the Hurt Is.” While you wait for our recap hit the comments and let us know what you think of season 1 of Twisted, so far?  Also, check out a sneak peek of tonight’s episode below while you wait for us to get to the recap!

On tonight’s episode, Danny was hoping to return to school without the usual hassle and he might have even been pleased to hear that Archie and the other guys that tried to frame him got expelled. But now he finds out that he has to deal with Charlie. Charlie is an old friend from his juvenile days. Although Charlie greeted him like they were strangers. At least in front of Lacey. Later on though he admits to Danny that he doesn’t want to live with the stigma of his past – he wants to start over in the great place Danny has made his hometown out to be.

Lacey didn’t understand why Danny has been on edge. And she’s hurt that he hasn’t gotten back to normal since being cleared on murder charges. Lacey simply assumed things would go back to normal with only one slight change. She figured that now they could open with their relationship to the point he would want to go to homecoming with her.

A dance is not Danny’s first concern. Lacey had talked to Jo about it and Jo tried to be a big enough friend by telling Danny outright to ask Lacey to the dance. He couldn’t believe she would say something like that to him. As far as Danny is concerned his relationship with Lacey ended the instant they covered up his father’s death. He can’t be in relationship with a secret like that between them.

Anyways its uncomfortable having Jo intervene with him and Lacey. Everyone knows she likes him and Danny felt her time would be better spent on Rico. Rico is so in love with her and why shouldn’t Jo accept a good thing? The same can be said of Rico. While Jo has been dangling his friendship to her convenience, there’s a girl named Andie who actually likes him. Eventually someone is just going to have to settle.

Kyle is still searching for Vickram. So far they caught him in town a couple of days ago. Tess was in the office when they were going through surveillance footage. Before, she didn’t want to believe Vickram could be capable of such crimes but she knows now not to trust him. She got rid of her secret cell.

When Charlie and Danny were on the soccer field together, Charlie had asked his former cell mate is it was ok to ask Lacey to the dance. He claimed he wasn’t sure about their relationship but then didn’t stick around to hear Danny explained what “complicated” meant. Charlie preferred to take it as confirmation that Danny and Lacey aren’t together.

He then went on to ask Lacey at the riding course. He asked and she said no. Lacey explained that she’s already going with Danny yet Charlie corrected her. In his version of events, he got Danny’s permission to ask her out.

Lacey went to Danny. She’s scared he doesn’t want to be with her anymore because she once tried to hide their relationship. So she apologizes hoping he will give them another chance. And he nearly didn’t. She was telling how much of a good guy he was and that’s why she liked him. It was the wrong thing to say seeing as it reminded about his father.

But he caved. Danny couldn’t stand to see her or feel like she was rejected. He’s going to go to the dance with her.

Another person going is Rico. Jo had found a way to keep Rico around without his feelings for her getting in the way. She picked up on Andie’s crush and decided to use it to her advantage. She told Rico about it and then suggested he take Andie to the dance. Rico had been thinking that maybe he could pursue something with her when she told him that she wasn’t half as good as Andie. Andie is who he deserves while she’s merely the girl that signed him on to the dance committee so they could attend only as friends.

In the countdown to the dance, Danny started to allow himself to move past Vickram. He also wanted the same for his mother. He caught her with Jack and thought having another guy around the house wouldn’t be so bad. He invited Jack over for some male bonding – they’re going to fix a car together. This way he can get to learn more about Jack and finally get answers about his dad.

Plus it makes it easy for his mom. She needs happiness too. He left them at the house together to go pick up Lacey. Karen and Jack have an odd relationship though. They started seeing each other back when she was married and she’s not necessarily sure if she still is. Vickram being alive has ruined plenty of things. She doesn’t know if she can be with Jack and she won’t be able to get the life insurance money from Vickram’s death.

Karen has been struggling with the bills and now she’s lost out on a 10 million dollar insurance claim.

Kyle and Tess went out to dinner. He needed time away from the office and investigation and thought his wife would prove to be a great distraction. But his dinner was interrupted. His second-in-command called him to tell him about a message they got off of Vickram’s phone. It was voicemail left by Tess.

Kyle is so angry after he heard it. He confronted Tess who lamely used Vickram being there when she needed someone as an excuse. There are no excuses with Kyle. He’s the Chief of Police and she has information on a murder suspect.

The dance was a bust. Danny was on edge the whole night and Jo kept on having to talk him off the ledge. His breaking point arrived when he won Homecoming King. Sarita who made her feelings on him clear had then called him “socio” before crowning him. It was too much and he broke onstage. He told everyone he didn’t deserve to be king and almost confessed to murder but Jo stopped him.

Danny then fled the auditorium when Lacey and Jo followed. Jo wanted to be supportive and Lacey couldn’t. She finally got tired of his mood swings. Lacey put an end to whatever they were and chose to focus again on herself.

Danny returned home to find Jack still working on the car. Where he couldn’t discuss Lacey with Jo he found out he doesn’t same problem with Jack. He mentioned how he lost it and jack reassured him that he could make it all to Lacey. He arrived in front of Lacey’s house with his new car and then promptly said sorry.

Lacey was pretty much all talk earlier. She forgave him easily enough but she gave him what he needed. Lacey pretended as if they were meeting for the first time. No baggage just them!

Jo had a strange night even after her friends all left. Charlie flirted with her and she then returned home to find her dad yelling at her mom. She was asking what the argument when was when Kyle got a call. He told his family what it was seconds after hanging up. Vickram has just been found dead.