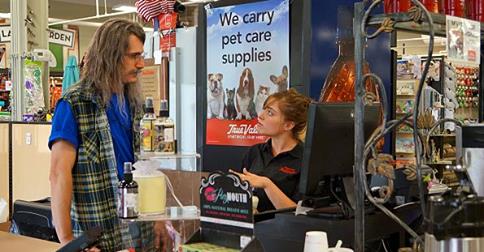 Tonight on CBS a whole new episode of the two-time Emmy Award-nominated reality series UNDERCOVER BOSS returns for an all new Sunday December 7, season 6 episode 1  premiere episode tonight called “True Value,” and we ave your weekly recap below. On tonight’s episode Season 6 begins with True Value president and CEO John Hartmann, a former FBI agent, working undercover at his hardware company and being shocked by the inappropriate on-the-job pickup artist antics of one of his employees.

On last episode Jeff Platt, CEO of Sky Zone, the world’s first indoor trampoline park, jumped into action as a referee for a children’s dodgeball game. On another assignment, the 29-year-old boss – the youngest in the show’s history – had trouble hiding his in-depth knowledge of the company when working in community relations. Did you watch the last episode? If you missed it, we have a full and detailed recap right here for you.

On tonight’s episode as per the CBS synopsis, “True Value CEO John Hartmann goes under cover and is shocked by the antics of an employee.”

CBS JUST PREEMPTED UNDERCOVER BOSSES – THE SHOW WILL BE ON NEXT WEEK AT THIS TIME.