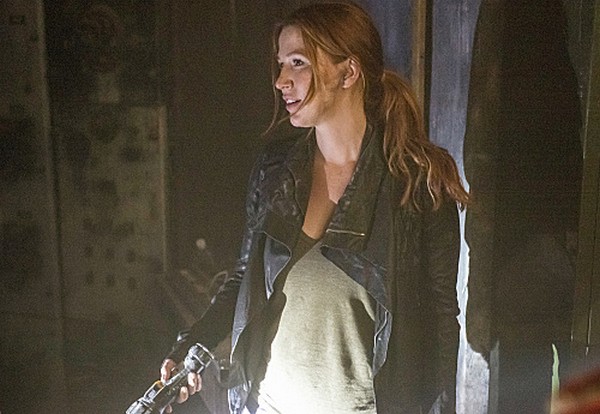 Tonight on CBS UNFORGETTABLE continues with a new episode called, “Til Death.” On tonight’s show Carrie and Al pose as a married couple to catch a killer who may be responsible for a series of unsolved homicides that Al investigated years earlier.

On the last episode when a young man was found dead in an expensive sports car he was delivering to a diplomat, each clue led Carrie and Al to yet another possible motive for the murder.  Did you watch last week’s episode?  We did and we recapped it right here for you.

On tonight’s episode After a wealthy couple is murdered, Carrie and Al pose as a married couple to lure in the killer, who Al believes is linked to a series of unsolved homicides he once investigated.

Tonight’s episode 8 looks like it going to be great and you won’t want to miss it. So be sure to tune in for our live coverage of CBS’s Unforgettable episode 8 — tonight at 9 PM EST! While you wait for our recap check out the sneak peek video below of tonight’s episode!

Several years ago, NYC was in an uproar because of a Central Park rape that became sensationalized in the media. There was a massive manhunt at the time and it eventually resulted in the arrest of Shawn Manning. He was an African-American kid from a poor neighborhood so his odds of beating the charges were low already. But he somehow got lucky with his lawyer. The lawyer, Christopher Jenkins, never doubted his innocence and even after Manning was convicted he still tried to pursue the case.

Now fast forwards 12 years and Jenkins is gunned down in a parking lot.

He was giving a speech at the Bar Association and was on his way to fetching his car so he could give a co-worker a ride home when someone murdered him and then made it appear like a robbery. Carrie however was lucky to see through the ploy.

She noticed that the car door was open and yet Jenkins was a few feet away. Almost as if he willing turned his back on someone he trusted. So naturally Carrie and Al looked into Jenkins’ acquaintances and although they were suspicious of one of clerks – they couldn’t find any reason why someone would want to harm the lawyer.

He was a nice guy and though he once put Al through the ringer on the stand – neither of them held any harsh feelings. Al explained that Jenkins was just that type of man. As in no one could think of holding something against him.

But the Manning case popped up during their investigation. Apparently, Manning was quietly released after 12 years and he was seen in the exact same area that Jenkins was killed in.

They questioned Manning’s Aunt Rhonda and she did her best to put Al and Carrie off. She told them that her nephew never did anything wrong to begin with and that out of everyone he would be the least likely person to kill Jenkins. No, she claimed Manning was trying to get his life back on track so he wouldn’t do something stupid enough to jeopardize it.

And yet he ran.

Carrie and Al spotted him trying to hide from them and when they called out his name – he ran. He also escaped them by jumping onto a passing garbage truck for a free ride.

Running did not help his case and neither did the idiotic visit he paid to his rape victim. Manning went to see her in person and she freaked out and attempted to run away. Attempted because she ended up falling while running and she bruised her face when he planted it into the concrete.

The victim had blacked out her whole experience in the park and she was never able to identify Manning, but he had confessed and so she always assumed he was her attacker. Yet there’s a small chance he wasn’t.

Jay found evidence that Manning and Jenkins were still in contact and the team thinks it might be because Manning found the real culprit behind the rape.

Manning and Jenkins both went to a low down pizza joint named Gino’s prior to Jenkins’s death. And phone records do show that Manning kept calling the place. Now, at first the guys thought he was just trying to get a job, but no one pushes that hard to work as a busboy. So Jay dung deeper and he picked up on something odd – every time Manny called the restaurant, the restaurant would then call someone named Robert Cordero or Bobby as he likes to be called!

Bobby had a rap sheet with at least two rapes on it.

Once Carrie and Al found out about Bobby, they started to suspect he could have been the real guy in the Central Park case. His MO matches up and all they all have to do is place Bobby near the crime.

The victim couldn’t help though she did remember the sound of cop on a horse afterwards. They followed this lead and caught up with the officer that was first to respond. And despite the years passing, the officer can clearly recall Bobby acting shifty around the park, but then why isn’t that in her file?

The whole file she gave her superiors was whitewashed of any real evidence and the team lucked out on questioning Bobby about 12 years ago seeing as he was recently killed – by the same gun that killed Jenkins.

All these bodies piling up aren’t looking good for the division. And Gordon Frost, the man primed to become the next Manhattan DA, is definitely adding on pressure. He’s demanding Elliot find Manning and arrest already.

Nevertheless they couldn’t do anything without any real evidence and when they did find some – it all pointed to Mr. Frost. He was in charge on Manning’s case and he buried evidence in order to get a conviction. When Manning and Jenkins started digging again then it alerted Frost.

He has a bright future ahead of him and he didn’t want to risk Manning’s situation harming that. So after attaining things like DNA and the murder weapon – an arrest was made!

Frost will go to jail for the double homicide and as for Manning. His name will be cleared, but what does really mean after everything he’s been through!

And as for Al and Carrie. They’re fighting over location because Al wants to move to the city and Carrie was hoping he would stay in Brooklyn! Is just it because it’s closer to her?