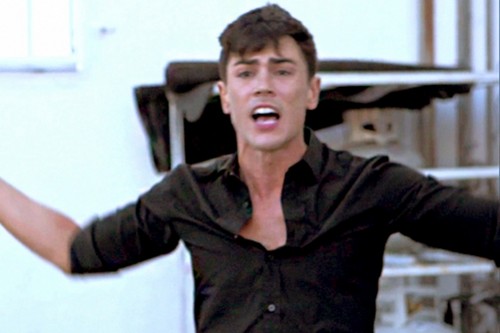 Tonight on Bravo VANDERPUMP RULES continues with a new episode called, “Til Death Do Us Part.”  On tonight’s episode Stassi and Lisa help plan a massive surprise for Scheana, while Stassi gets a surprise of her own in news from Jax.  Did you watch last week’s show?  We did and we recapped it right here for you.

On tonight’s show Lisa and Stassi throw Scheana the perfect surprise engagement. Tom lashes out at Jax for his part in the cheating rumors, but later shocks Stassi with his own news. Kristen’s meltdown at SUR causes her friends to retreat and support her archrival, Ariana.

Tonight’s episode is going to be another drama packed one, which you won’t want to miss. So be sure to tune in for our live coverage of Bravos’ Vanderpump Rules Season 2 episode 12— tonight at 10PM EST! While you wait for our recap, hit the comments and let us know how excited you are about the new episode of VR tonight and check out the sneak peek video below of tonight’s episode!

Tonight’s episode of Vanderpump Rules opens with Lisa and her daughter Pandora. Pandora has brought her a couch cushion with her dog’s picture on it. She wants her Mom Lisa to help her plan Shay and Scheana’s engagement. They want to use Lisa’s house for the engagement photos.

Katie and Stassi are back at work at Sur for the first time since their trip to Cabo. Stassi and Katie are annoyed because Kristen still hasn’t broke up with Tom, and she has “no respect for herself.”

Kristen and Tom are at their apartment, arguing over Ariana. Kristen is crying…still/again. She tells Tom she wants them to “take time apart.” She wants to go back to Michigan and “clear her head.”

Tom heads in to work at Sur, and tries to get through his shift, despite the fact that his girlfriend just left him. Stassi, Katie, and Jax are outside of Sur discussing Ariana and Tom’s affair. Tom heads outside and flips on Jax, he tells Jax that “his life is in shambles” because of him. Tom says that Jax just “wants something interesting to say to Stassi to she will listen to him.” Jax thinks that deep down Tom is relieved that Jax told the truth about him and Ariana. Tom doesn’t look that relieved though. Tom tells him to “stay the f—k out of his life,” and storms off.

Shay, Ariana, and Stassi head to Lisa’s house to set up Scheana’s surprise engagement. Shay shows Lisa and Pandora the engagement ring he picked out. Stassi, Pandora, and Shay have a surprise planned, Scheana has no idea he is going to propose. Scheana arrives, and Stassi and Pandora convince her she has to get dressed up for a photo-shoot for the blog. Shay and Ariana are waiting in the wine-cellar for the perfect time for Shay to pop out and propose. Pandora has Scheana outside photographing her, and Shay walks out with a bouquet of flowers in the middle of the photo-shoot and gets down on one knee and proposes to her. Scheane says “of course” she will marry him. Scheana is completely surprised by their whole set-up.

Stassi meets up with Katie and Kristina later and fills them in on Scheana’s engagement. They don’t think Kristen ever left Los Angeles, she is tweeting a bunch of messages about how in love she is with Kristen. They also realize that they haven’t seen or talked to Jax in days, and their lives are so much nicer without his drama.

Lisa heads into Sur, and peter sits down with her to talk about Cabo. He doesn’t think Kristen and Tom should work together anymore. Lisa reveals that Kristen called her and gave her an ultimatum. Kristen told Lisa if she didn’t fire Ariana, then she would quit. Lisa is considering letting Kristen go, even though she has been working for her for over five years, she is tired of her drama.

Stassi heads over to Tom and Kristen’s apartment. She wants to know what is going on between Tom and Kristen. Tom confesses to her that three years ago he made out with Ariana in a pool at the Golden Nugget. Stassi is shocked, how could he have lied about Ariana for so long? Tom says that since he confessed to Kristen about what happened in Vegas, “they are greater than ever.” Stassi can’t believe how “good of a liar” Tom is. Tom tells Stassi to stop talking about him and Kristen.

Jax shows up at Sur, and tells Lisa he has been in jail for the last four days. Lisa doesn’t buy it, she tells him it is the “tallest story he has ever told.” According to him he got pulled over, and the cop realized he had an outstanding warrant from years ago. Lisa laughs in his face, she’s not buying it.

Scheana approaches Ariana, she is a little upset that Ariana lied to her about Tom. Ariana hated lying to Scheana, but she didn’t want Scheana to have to lie for her.

Jax tells Stassi that he was in jail for the last four days. Stassi laughs, she thinks it was karma for all of the grimy things he has done.

Kristen finally snaps, and flips on Ariana at Sur. She is screaming at Ariana and telling her she “doesn’t want her working at Sur anymore.” Tom interferes and tells Kristen she should stop taking it out on Ariana, he is the one that did it.

Kristen and Tom storms outside, and Tom yells at her for being “ghetto at Sur.” Ariana and Stassi head to the bathroom for a pep talk, Stassi declares she is on Ariana’s side.

Kristen rushes back into the Sur bathroom and freaks out on Stassi for taking Ariana’s side. Stassi and Katie basically inform Kristen they aren’t her friends anymore, because they are sick of her and Tom’s drama.

Ariana and Stassi head out into the restaurant and sit down with Lisa. They fill her in on the latest Kristen drama. Stassi tells Lisa to basically fire Kristen. She has caused too many problems at the restaurant lately. Lisa tells them she will “deal with Kristen.” It’s not looking good for Kristen.